So with a very chilled last day, after the Hoover dam trip, coming back to the hostel and catching up on blog and staying out of the heat as simply too hot to even sit outside on the picnic table like was at the beginning. And as my greyhound bus is leaving really late at 1.30am I don’t want to do too much so it’s awkward getting back or involves drinking since I also want to feel fresh for seeing the family Suzie, Brooke and Cole since the bus ride is 8 hours. But I manage to survive it and sleep on the coach pretty much all of the way although it really isn’t comfortable. The bus is actually quite good though, but very busy and am lucky I didn’t have any issues as they are sold out, so was worried due to Sydney Tom helping me get my ticket and greyhound thinking he is the passenger and not me as you need ID for the tickets. Lesson learnt there haha.

Arriving downtown LA 8.30am I jump in an uber straight to 7th / metro center as that’s where the blue line goes to Long beach and so Suzie can pick me up at the same place as last time. It’s great to be able to have the chance to see her again and update her on all my travels in Vegas. We head straight to Brooke’s house in Irvine and it’s cool to see the dogs again and the gorgeous Roo their Great Dane. I really want one as super cute. They have a full house as Megan’s sister is there plus Cole and his little bubba Nyia and girlfriend Megan (A popular name). Last time I saw Cole was in London two years ago, so it’s fab too see him again and Nyia is such a gorgeous baby and seems to like me.

For lunch we go nearby to place called GREEN LEAF and it is so Californian with a valet service even offered simply as everyone in America drives and there is no good local transport. The place is really nice and does great salads although slightly having an off day for Suzie as forgot the main things cheese and walnuts on hers. It is nice after Vegas to have some healthy food so a really nice lunch and great catch up with everyone.

Part two of the day is a trip to the beach as Cole really wants to surf and I’m keen to try it also although he only has a small board so takes a bit of getting used to. We head to DOG BEACH in NEWPORT a nice and not too busy beach although parking round here is hard. So we stay there for couple hours and Cole manages to get some surfing in although the waves are bit tough. I have a go after and don’t get too long out there as first the life guard runs over to tell me the rips are too dangerous and so I move location, but then we need to leave to be able to get back in time for the boat and dinner as we are about 45mins drive away. It’s nice afternoon down the beach and Nyia seems to like the beach.

So the evening is nice on the boat and it’s cool everyone is there together enjoying a few snacks, margaritas and a beautiful sunset. It’s nice Karl drove the boat out and that we had time to go on it again before dinner just cruising about the marina for about an hour wrapped up in blankets as it is a bit chilly at night.

The dinner is at a cute little Italian about 5minutes from where Suzie lives and we get a nice table sitting outside as it has a cool water feature and is surrounded with a heater. Treated by Suzie for the meal, I take heir speciality dish of spaghetti bolognese and it is really nice. We stay there for couple hours enjoying some wine too, but don’t stay too late as Suzie is off to Florence in the morning and Cole is pretty wiped out after travelling, Nyia and surfing.

In the morning Cole is picking me up to try surfing again, as I stay at Suzies place a bit longer after they have left for the airport, which is nice and good to catch up on sleep since it was very broken sleeping on the bus from Vegas. We have a cool drive of about 40minutes along Pacific Coast highway giving us a good chance to catch up while we drive. First stop is meeting Brooke and the others at a trendy frozen pressed juice place in Newport before heading to the beach to try surfing. Going to Newport main beach, it is too busy to surf as the lifeguards have black balled the majority of the beach to make room for families wanting to swim. And when we do find a spot allowed the currents are just too strong and can’t even get out. Plus a few people saying how many people during the day have been pulled out of the water and there is a mum who has lost her son. So we give up but at least we tried and also get to see the beach with its cute little beach houses all painted nice colours and with front patio areas where groups who look like they have rented them are hanging out. It’s definitely a popular beach and Brooke tells us she rarely comes to this one as it is always a nightmare to park and too busy, plus they usually have the dogs with them.

Straight after the beach, which we stay at until 3.30pm we pick up my bags from the house and a friend of theirs as Brooke and Meghan are taking her to long beach airport and me to Irvine station to catch my first AMTRAK train to San Diego. Her friend gives a tip of paying an extra $10 for business class ticket so for $35 (£20) you get wifi, extra legroom seats, wine, tea and snacks so great value. In England that would be over £100. 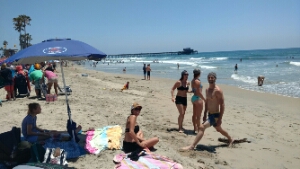 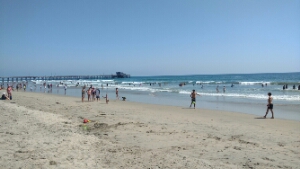 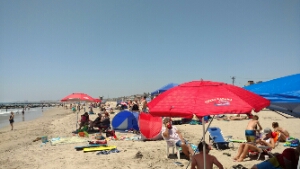 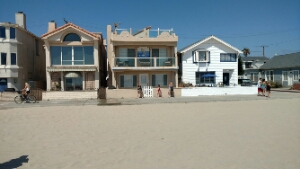 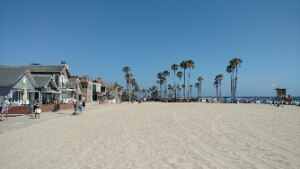 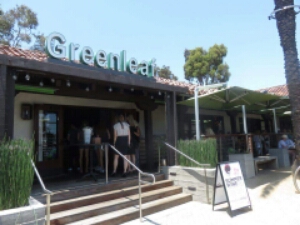 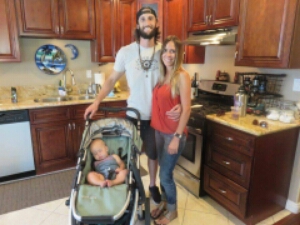 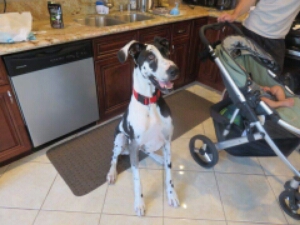 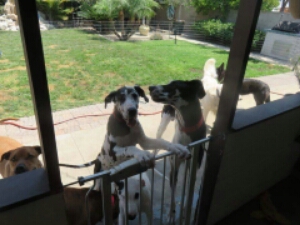 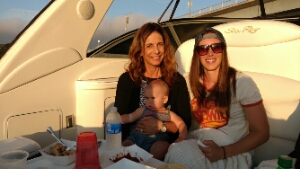 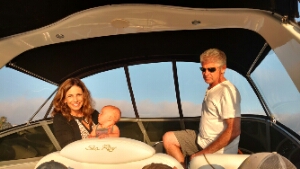 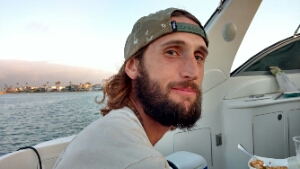 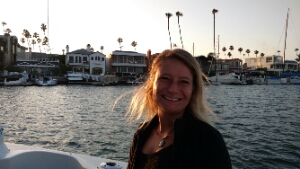 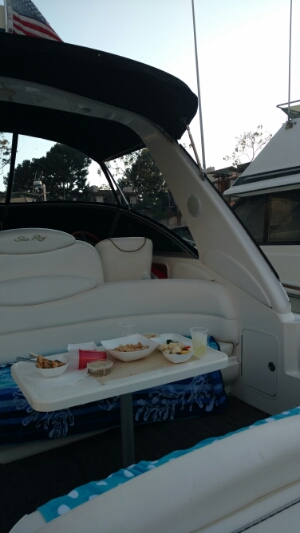 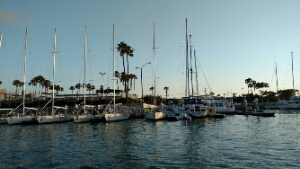 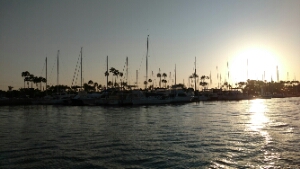 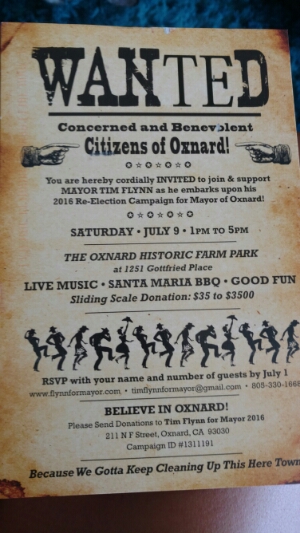 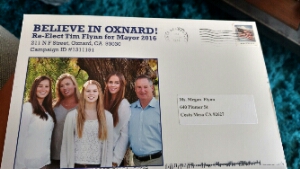