SUNDAY – So back at the USA Hostel it’s nice to be back where know few people and after my afternoon in Downtown I’m not back too late and hang out in the patio area with Sheffield Toby, the kiwi lads Sean and Harrison, an American guy called Chaise, Irish lad called Ash and two Ozzie guys from Perth just chilling having a few drinks. That’s the nice thing about the hostel is that you can grab drinks and sit outside, so helps the $$$.

With the plan originally being not to head out, around 11ish we decide to head to the bar across the road as they do cheap and nice frozen margaritas. Then after a couple thinking should try somewhere before it’s too late so head to SOUND club as they play EDM and after haggling entrance if $20 we are all a little frustrated when it shuts at 1pm after only being there an hour!! So most of leave, but do loose some people and try another club called 1666 and this is a really good place, really packed and fab atmosphere again EDM. This is only open til 2pm, but they are doing an after party a bit further out of town so the 2 kiwi lads Sean and Harrison, Irish Ash and the Perth boys grab an uber to check it out, but only stay there an hour as it isn’t as good as 1666 plus no drinks after 2pm here so just head back, but it’s been an eventful Sunday night chasing LA places to go!!

MONDAY – The next day just use as a chill and recovery day to catch up on the blog and try and set up new phone more as things like the Canon app aren’t working and it’s very frustrating. Also later tonight its the hostel limo night, which is $20 including drinks and entry into Sound again. Also go to Saddle Ranch where they have a bucking rodeo bull and myself and another girl there from Epping (small world) sign up to the competition. You have to stay on for 3 goes and each time it gets harder and harder. The first two I struggle to stay on, but somehow manage it holding tight with my thighs, resulting in sore thighs for the rest of week haha. In the final had no chance as blindfolded, backwards and no hands. To say the least I didn’t win! Another good night as about 20 of us in the limo with the usuals of Sheffield Toby, the Perth boys and also couple of newbies – John John from London who is a very funny guy and huge character so fun to have in the limo and Ben trainee solicitor from London who has done more or less exactly the same trip as me so lots to chat about. 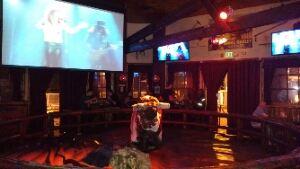 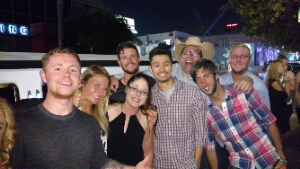 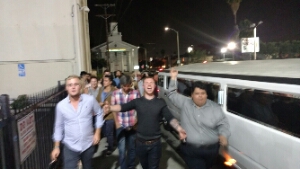 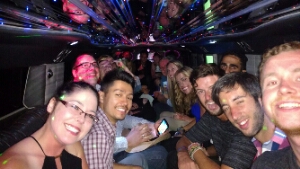 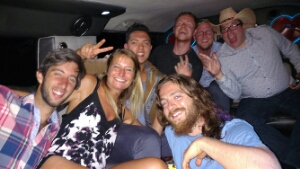 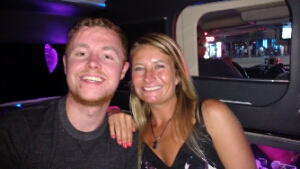 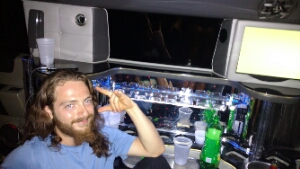 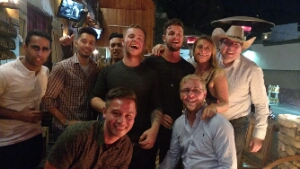 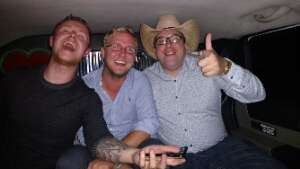 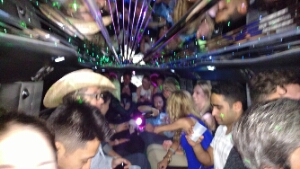 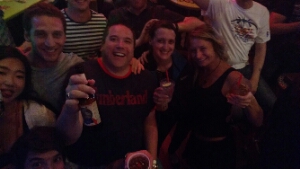 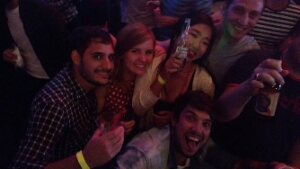