Waking up to a hot day it probably isn’t the best choice to try and hike the Hollywood hills and there is a tour going from the hostel the next day, but as I’m feeling energized to do it today just got to go with the flow. So I grab a bus from just outside of Banana Bungalow hostel (180 or 181) which takes you to Griffith Park and then you have to walk up a really expensive road called Vermount that leads you to the car park area of the park. That takes about 20minutes on its own, but cool seeing the big houses.

The next stage is walking through the car park and that is huge and takes about 30 minutes, as you pass the Greek theater, a mini park area and a few starting areas fro trails going up into the hills. The sun is really hot, so makes the walking a lot harder and that is the flat part. Once you get to the end of the car park you can then start the walk up to the Griffith Observatory and that is steep, but mostly in the shade so manageable. The views are really cool as you walk up seeing LA, as the Observatory is really high up. Its great that it is free to get in as there is quite a bit to see there.

As you walk in the there is a cool Foucault pendulum that is gently swaying  to demonstrates the Earth’s rotation as it isn’t fixed to the building or touching the earth, so it is the earth just rotating around it and so as it does it knocks overs pegs. It is one of the biggest ones and the peg timing changes depending where in the world you are and how close to the equator so if your at the top like north/south pole the pegs will only be knocked over every 24hours vs 15 minutes here.

Other things to see there are lots of things on the planets, moon and sun so it is quite interesting to learn some new stuff. For $7 (5GBP) you can got to the planetarium to watch a 360 experience film on space and the planets and stars. It is worth doing as really cool effects and is well done. The guy telling the story is a bit cheesy and has the sort of voice that can send you to sleep a little if your tired sitting in the big comfy seats they have. 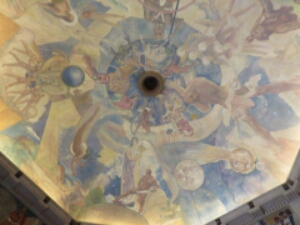 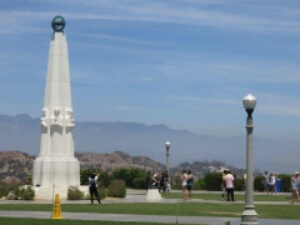