So after my rushed but early visit around the free geysers in Rotorua park and luckily getting space on the bus, the morning stop off  Te Puia. After deciding to just do this tour rather than Waimangu, based on the receptionist’s advice as she has been to both that 2 hours is enough, that it is better as has the Mauri culture side too plus is only $32 vs $70 (£35) so too expensive to do both.

Only taking about 10 minutes to get there, there are only a few of us who go in including Welsh Harry, English Robin and Swedish Ida. The rest of the bus walks to the Redwood trees, which would be lovely, however have already seen them in California, so not a priority for NZ vs seeing the natural hot pools. The first hour is guided and he is a great character very interesting to listen to as he is a mauri and has a lot of cool stories to tell throughout the day. He starts by telling us about the land it’s on and how the super long name of if it came about – Whakarewarewa and even better when he says the name as the “wh” is said as a ‘F’. He also shows us his tattos a bit later on, which is he has a lot of and explains how each one is everyone’s own story and other tribe members won’t be know them such as names of his children, a bear that shows he is a protector of his family and so on.

First part of the tour is seeing the wood carvings and it’s an actual academy for Mauri men to learn and it takes 3 years. The carvings are interesting and each one is meant to tell a story in some way about the tribe – some look quite scary with crazy eyes. There is even a penis bowl one, that is quite funny, which is meant to help fertility.

Next we manage to see the start of a culture show they put on through out the day, however you need to pay more to see the full show, but we are able to watch the outside welcoming part which was done when an outside tribe chief person approached a tribes village and they brought a gift it is was peace and not war they wanted. The chief from the village comes out looking very intimidating with tattoos, white eyes and will do a haka dance. The outfits they wear are great big feather and fur costumes. Once that finishes we head over to see the Mauri weaving and look at some of the tools they used for hunting, as it’s like a mini musuem.

Next we head to the geysers and there are a lot of them all very cool with steam coming out of the ground, but the main ones being a hot cooking pool that was used to cook meats by placing it in a net type bag and lowering it into the water. He tells us how the pools started to dry up as were being overused by all the local hotels wanting the free water to cook to save electricity money, so the government had to step in and say that they couldn’t, which all were not happy with at first until it was agreed it would only be the local hospital that used the water to make it fair. To show us how it cooks, he does hard boiled eggs for us all as only needs 10-15 minutes in the hot pool so that is a nice breakfast treat for us all.

The largest of the pools is one called ‘bluey pools’ and it looks more like a big crater and something what mars would look like. Every hour or so it has a geyser that erupts a lot of steam, however we just catch the end as we arrive and it doesn’t go off before we leave again so don’t get to see it fully in action. This one has a cool lookout area at the top, which also gives you nice views of the whole of the park and it’s amazing how one certain area and can have so many geo thermal hot pools and makes you realise the power of the earth.

Next we check out the large mud thermal pool that is bubbling away and looks like a couldron with frogs in it as the bubbles are popping away and quite large as the texture is so thick since it’s mud and grey looking.

Last stop is the kiwi house and as they are nocturnal the house is totally dark and takes awhile for the eyes to adjust, but do manage to see one through the glass although it really just looks like a big fluffy ball with a long white beak. There is a TV screen showing them in infrared you can watch too, but they are pretty hard to see. Much bigger than I would have expected, but quite cute looking. We can’t spend too long in there as it’s so busy and a massive chinese tour group comes in meaning we have to move on, but would have liked to try and watch them longer digging around in the dirt looking for food and waddling about.

Heading back to the bus about 12 as our next stop is Taupo, I’m pleased had chance to go there and one of the highlight trips of the bus so far. Two hours was plenty of time there to see everything you need to, but there are places to sit around to just enjoy looking at the geysers and with the show, erupting geysers and a nice cafe area you can easily take your time more and spend a full morning there. 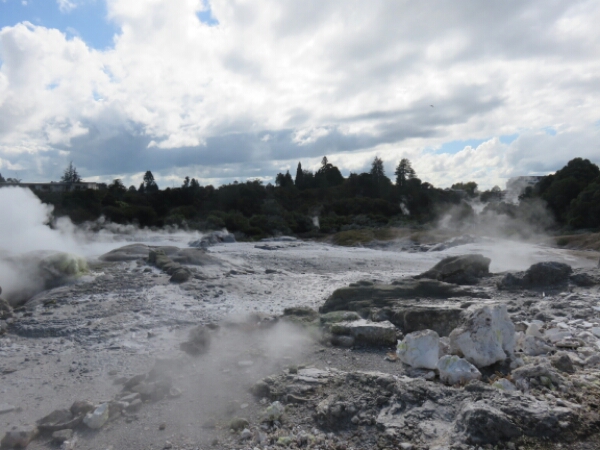 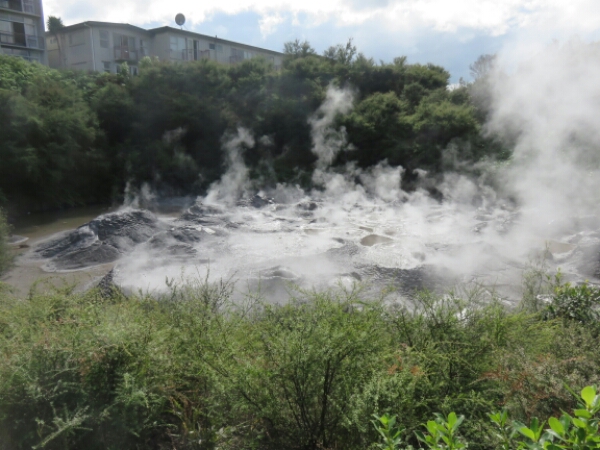 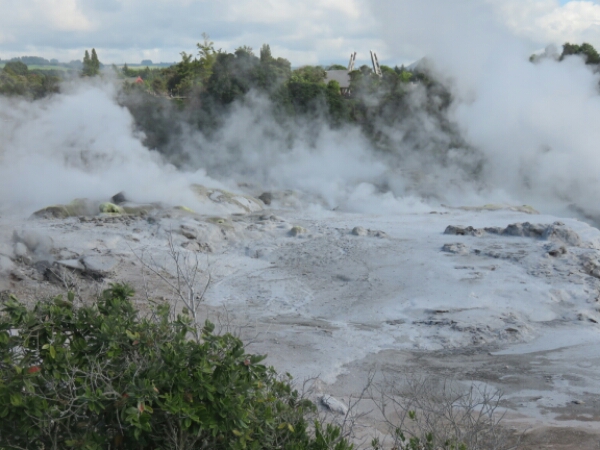 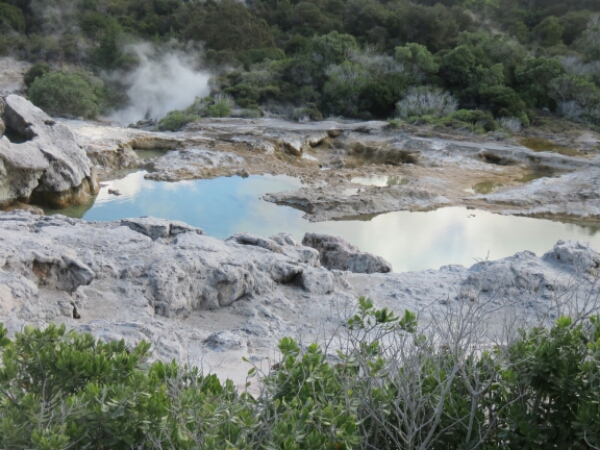 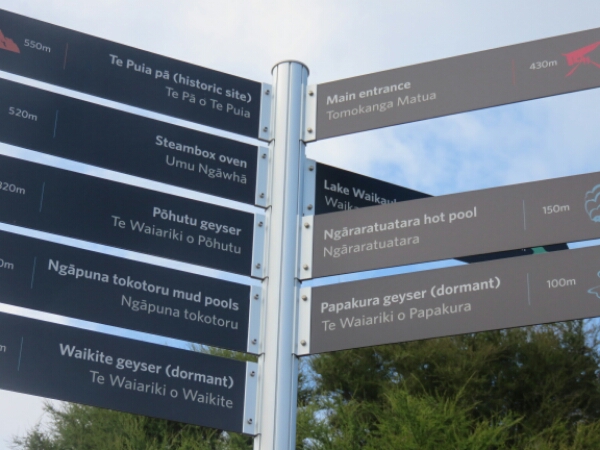 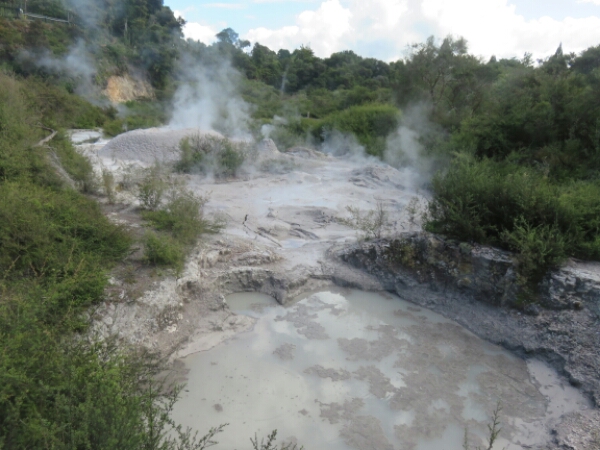 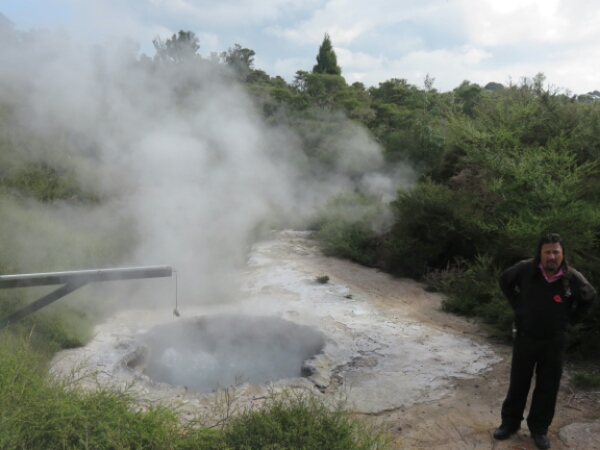 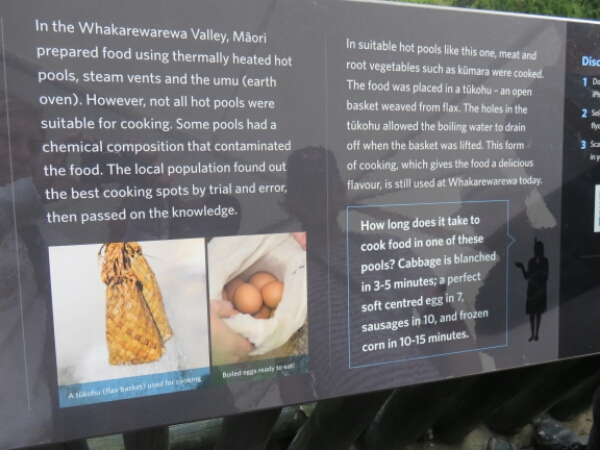 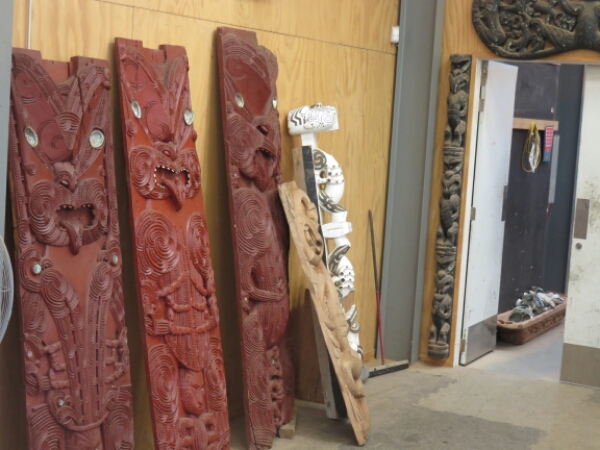 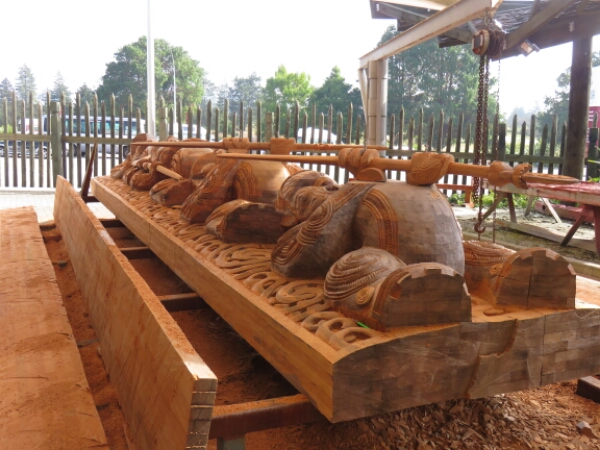 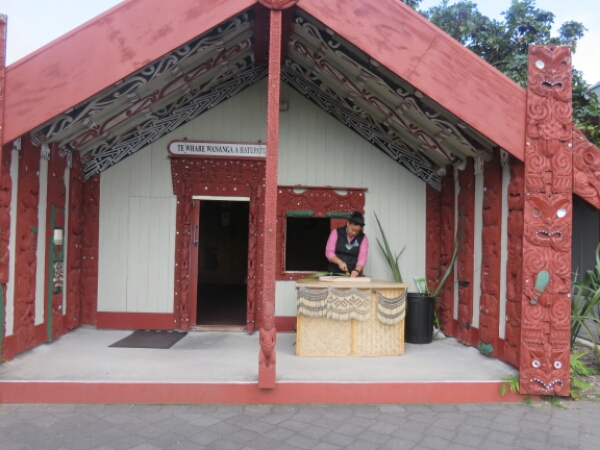 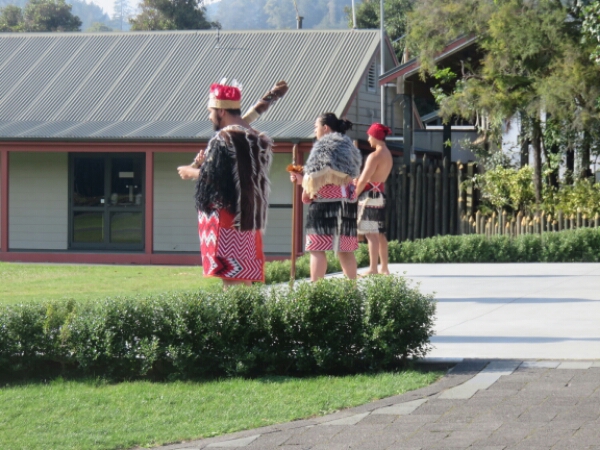 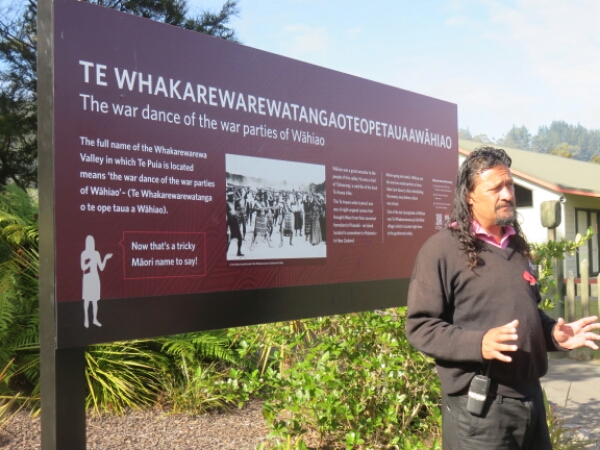