So early wake up to try and decide whether to stay the extra night in Rotorua or move on with the group and speaking to the receptionist she is really helpful and has a lot of local knowledge. Based on her saying WAIMANGU a place I was thinking of seeing for the day probably isn’t worth the $70 (£35) as the kiwi bus does a stop at a similar place (Te Pui), I decide to carry on with the same bus as the driver Toddy says there is space and based on the fact that would still need to book a hostel, as Base was full and so it’s inconvenient having to change hostels anyway.

So with only 45mins spare before the bus leaves and wanting to see some of Rotorua, I dash across the road to the park where there are lots of hot pools with steam to check out and even better they are free. Pretty impressive that the area generates so many hot pools and some are very big looking more like a lake. There are a few you can put your feet in or kids go in, which is a cool way to spend an hour as the park is beautiful to look at too. It has a cute little bridge over one of the lakes and a few of the smaller geysers dotted about have information about them so it can be educational too along with the warning signs The park is also made more stunning by the autumn colours and big red trees.

Only able to spend half hour in the park to make the bus, it is a whistle stop tour and end up running around it, so can fit as much in. There is a small Saturday food market that looks like has nice bakery options and it’s very local with a mauri guy playing a guitar as people wander about. It’s not very big, but would have liked to chill out there and get food and a tea, but instead am able to get on the kiwi bus so leave at 9.30am ready for the next stop. 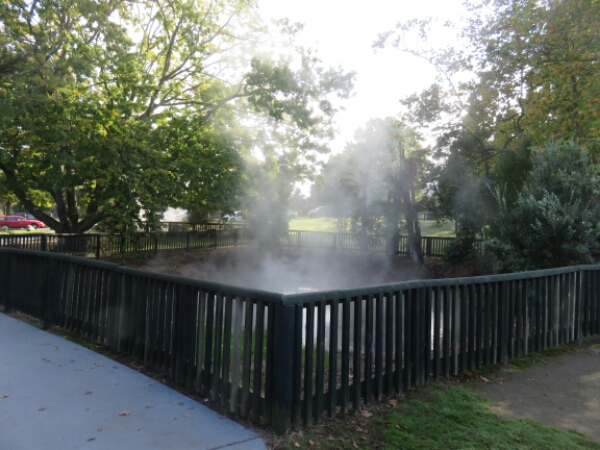 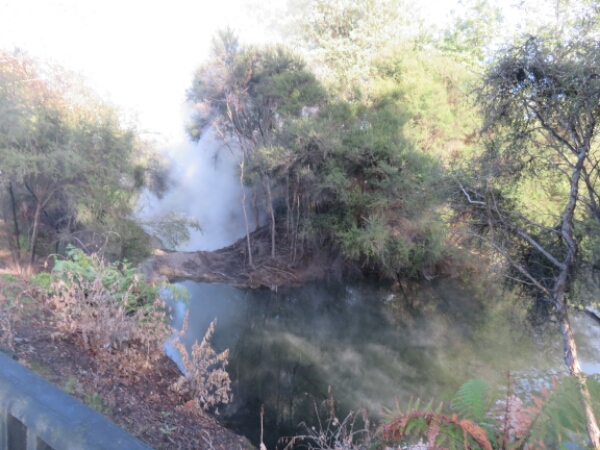 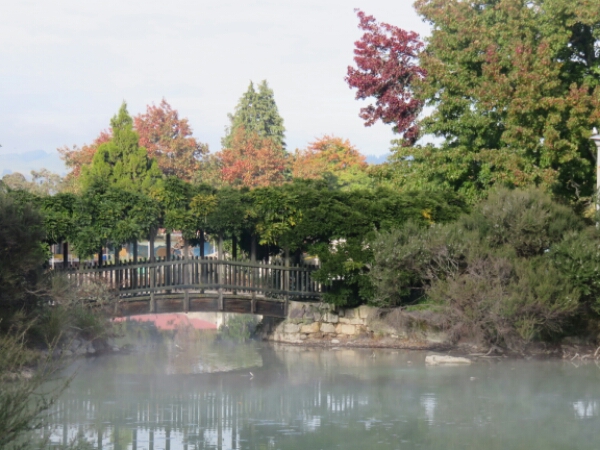 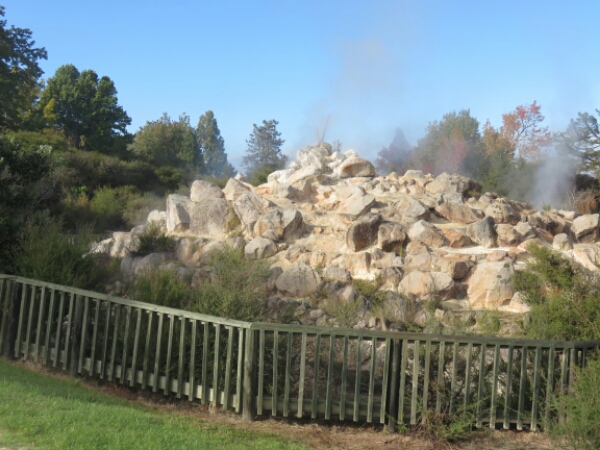