We arrive at Cape Tribulation around 2pm after a steep ride up and over mountains after we leave the Crocodile river. My accommodation is Beach House and seems really nice, but not close to where Irish Karl and Arron are staying in PK Jungle Village, which is shame and different the travel agent sold it in as she said all hostels are close together, but 100% are not!

I get put into a room with two Swedish guys Joe and Gustav who are pretty cool and know them from Gilligans McGregor Fight, as was sitting next to them. The room is their only superior room, as I requested ensuite bathroom and is super cute. A little wooden hut that even has a fridge. Based in the middle of the rainforest, the location is awesome and we are also only 5minute walk from the beach and pool. The downside being there is no phone signal at all, so only option to communicate with the outside world s wifi. The rain decides to kick in again hard, so we are stuck in the hostel for a bit before I rent a big golf umbrella so we can go for a walk once it stops or slows down.

The walk along the beach is pretty stunning, but glad I’m with the swedish guys as also a bit scary as there are signs everywhere saying crocs and not to get too close to the water. It is the most unusual each I have seen as it is full of mangrove trees and the forest just overlaps ono it. We head towards the lookout, which is about a 20min walk along the beach passing lots of coconut trees as we go too. The sand is so soft and in spots you sink if you don’t move quick enough.

Eventually we reach an entrance to get to the lookout and to the beach on the other side of the hill (or mountain, but as it is just under 800m officially it can’t be called a mountain). The walk through the forest is pretty interesting ad cool to see as a lot of swamps and mangroves, which also means a hell of a lot of mosquitos so get bitten to pieces despite lathering myself with repellant. It’s funny the Swedish boys get bitten, but don’t actually get the lumps or itchiness.

The beach on the other side is totally worth the walk and very beautiful to see, especially with the backdrop of the lush green forest and mountains, being hovered by low clouds that just looks like mist. As we walk along there is a lady sitting on a rock, chatting away into her phone which looks very random and out of place. It must be the only spot where there is phone signal. As we explore the area and walk along, Joe notices a shark’s fin swimming along really close t the shore probably only 1m away. It looks a bit like a black tip reef shark, which aren’t dangerous as far as I’m away as that is what we see in the barrier reef when scuba diving. Already a bit jumpy from the possible crocs and ur path being blocked by a big river/sea that means we would have to get in the water, but don’t dare to do so. So we decide to head back and try the lookout, which isn’t too far.

The lookout is pretty good view from being so high up, but being eaten alive every time we stop to take pics kills us and need to all get back. Walking along the beach is far nicer than through the forest and are on the look out for tree snakes and even a cassowary, which are super dangerous as kick and penetrate you in the stomach with their sharp talons, but rarely ever attack thank god and are rare to see. By the time we get back, we I have time for a quick dip of the legs in the pool and to chill, before having to get sorted and ready for a quick dinner and then a Night Walk. 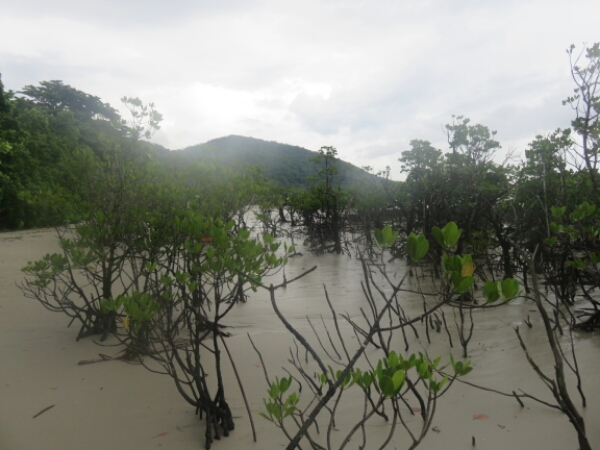 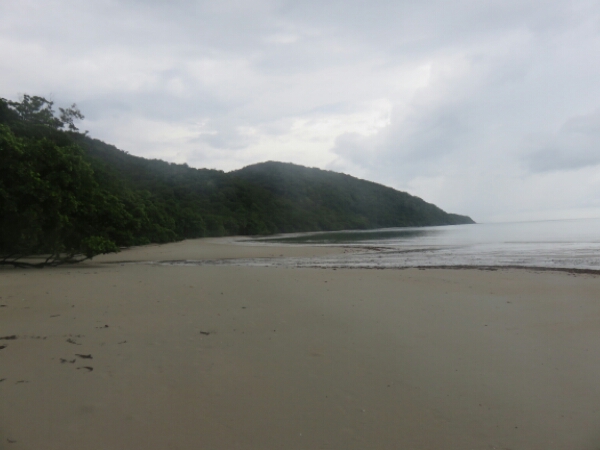 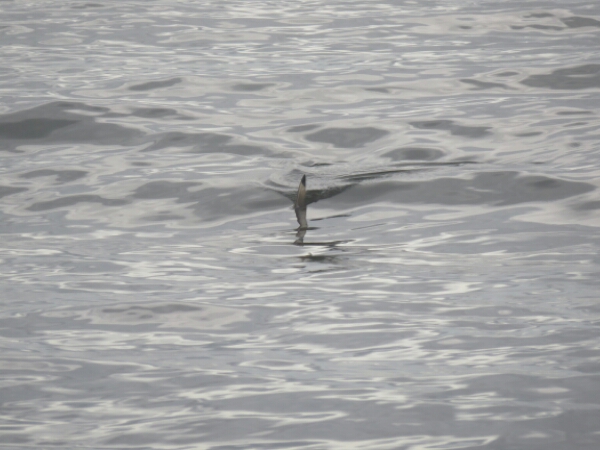 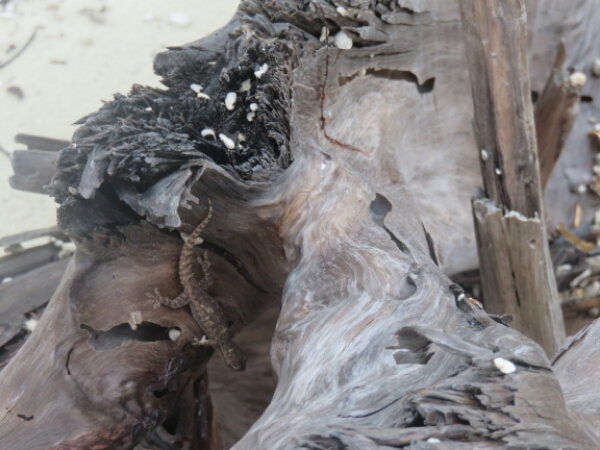 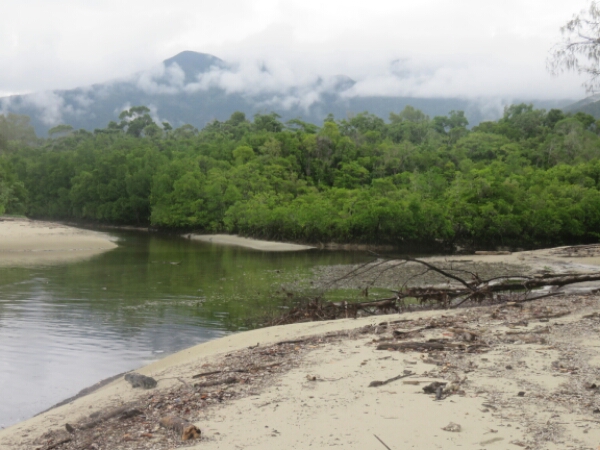 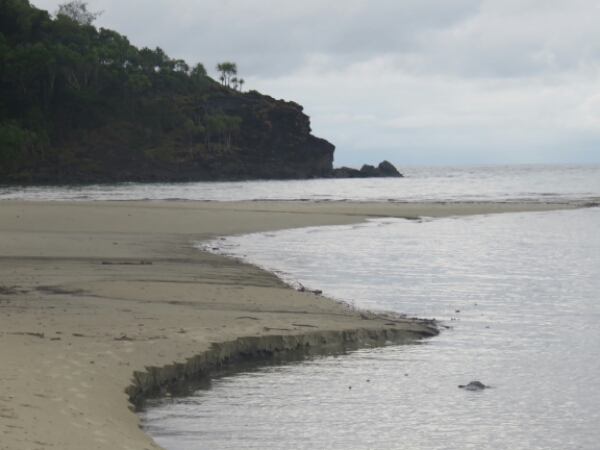 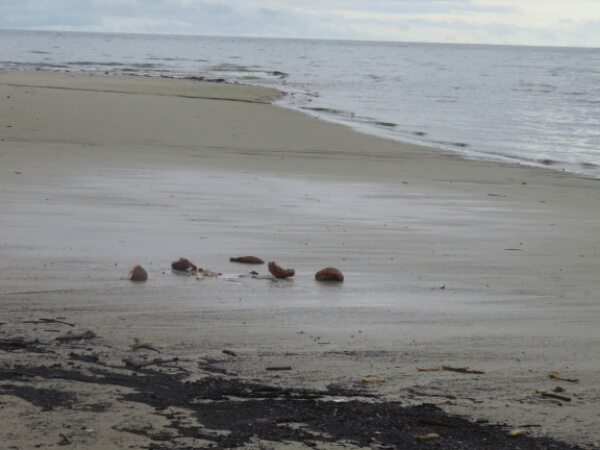 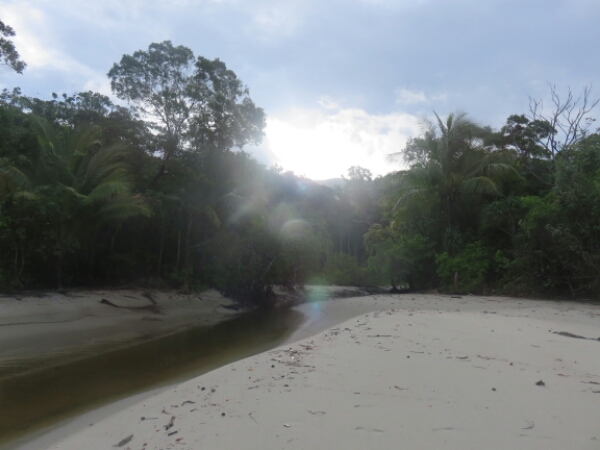 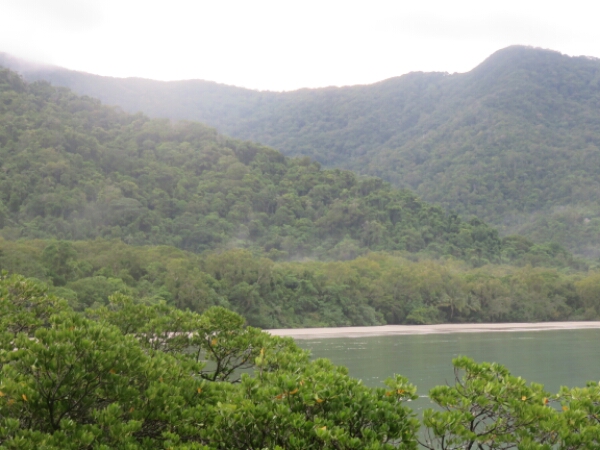 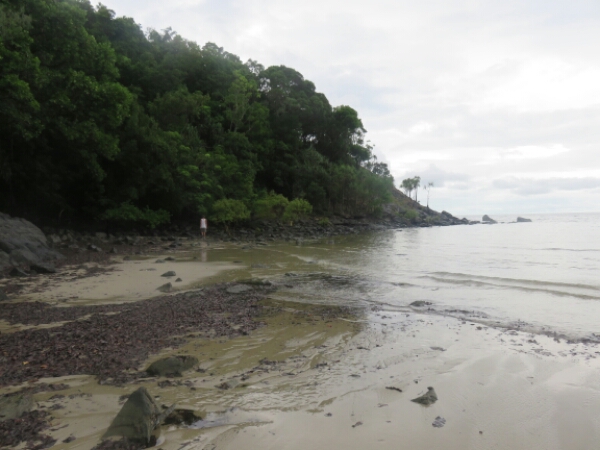 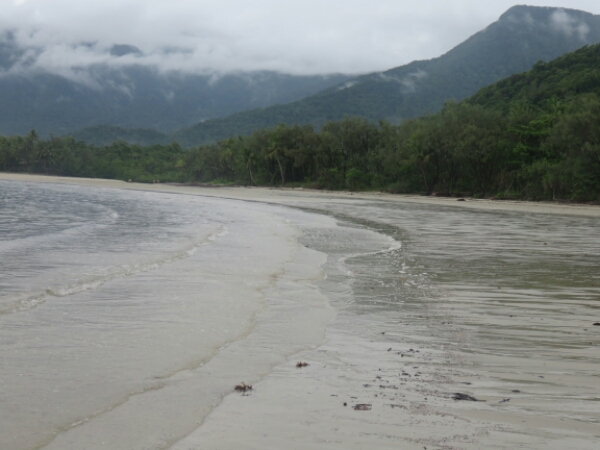 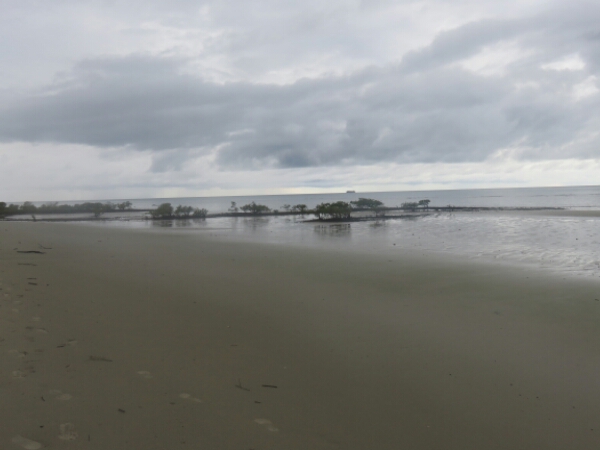