Being the last day in Kuta, morning is mainly spent around the hostel pool as its so refreshing and chilled so good chance to catch up on messages from home. Rocky meets at the hostel again and Brad the manager organises his Gili trip for him so we have to hang around the bar for bit first before we head out to Kuta beach.

Weather all morning has been lovely but time we get to beach it’s turned and next couple of hours sees a big thunderstorm and for the first-time ever slightly worried about the lightening as it looks like it is striking right onto the beach and only a few meters away (which it isn’t just looks it). So decide to walk along to Seminyak probably about a 20min walk usually a nice walk along the sea but it starts hammering it down so have to hop from umbrella to umbrella haha. Eventually quite soaked but not too bothered as in my bikini anyway and its still super hot we go Cocoon Beach Bar a really cool place with pool, cabanas so reminds me of vegas or marbs on a smaller scale. Happy hour buy 1 get 1 free is on so treat myself to a mojito sharing with Rocky so only 70k (£3.50) so  its nice to not have beer as all have had in asia last 2 months.

The food choice is a bit fancy  (well for a backpacker anyway!) so decide after to walk to one of the restaurants on the beach called Sande grabbing a bean bag and sitting prime position infront of the live music. Only issue with the music is the bar right next door also has live music so can hear it at same time! The food is a bit more expensive here than the previous night place but not too crazy but have to opt for western food as not a huge selection of Indonesian but its super nice having fish and chips and sharing nachos with guac, salsa and sour cream.

By about 9pm, after watching an amazing sunset and several paper lanterns which the locals sell be released into the sky, we are keen to go on and decide to head to potatoe head as recommended by lots people. Try to get a cab outside and initially want 200k and we have already had an uber quote of 30k so know that’s way to much. As soon as start walking away the driver shouts out 100k then 50k which just goes to show how much they try and rip you off – that was with a car I think trying to be bluebird the reputable company but a copy of the sign.

So when we arrive Potato Head impressed at the grounds for it as massive long driveway entrance and fancy entrance area. In fact as you walk in it all looks very posh, but relaxed and the sort of place you want to hang out in for a few hours to make the most of it. The pool is so gorgeous and tempting to dive into. Infinity pool looking out over the beach and waves. To get a bed by the pool it’s minimum spend of 500k (£25) which is easy enough although outside my backpacking budget haha. Opting for a bottle of sauvignon at 650k plus service (£30ish) It’s so nice to have a good glass of wine as asia and Indonesia don’t do wine well, so it goes down well as has been 8 weeks since I’ve enjoyed wine…

They provide towels for us to swim in the pool as its open until 2am so Rocky and I make the most of it for next couple hours literally turning into prunes in there so long. Swimming up to the edge it looks like it just joins onto the sea and the waves are crashing onto the beachfront, so mesmerizing to just watch. Especially in the Jacuzzi section as the waves views are better and you get a water jet massage! During the day I think this would be great place to go as it has the swim up bar and you can just come in and swim as no cover charge but would need to buy some drinks, so the spend would soon add up. Cheap still vs London for type of place with cocktails about (125-140k) £5-7, but not good when have another 6months to go and large bintang beer is 40k most of the places. 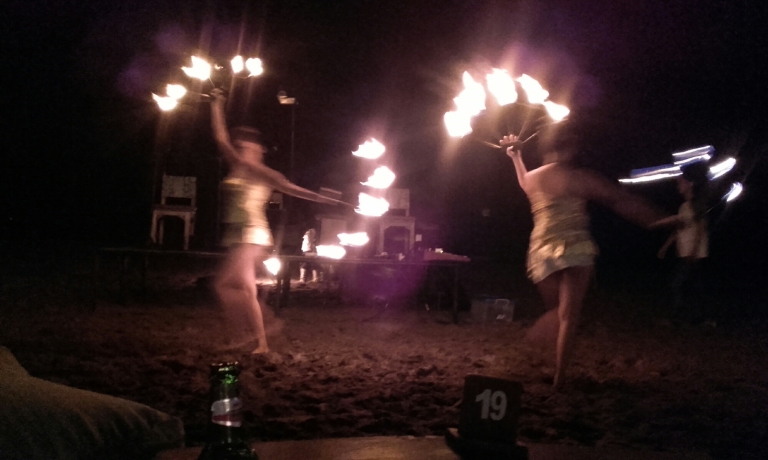 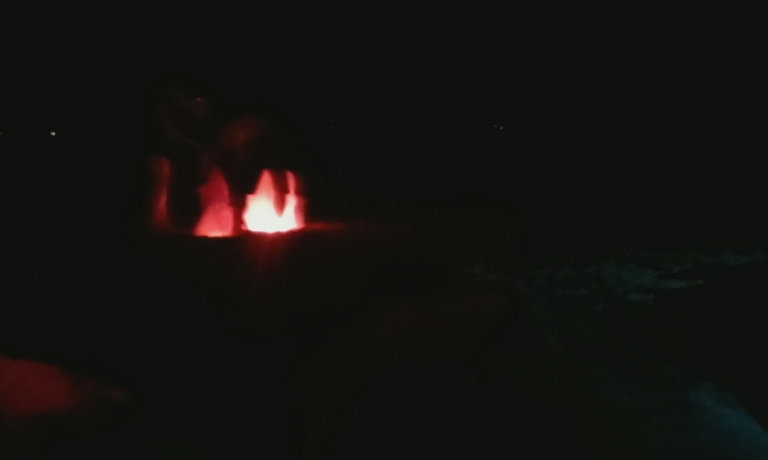 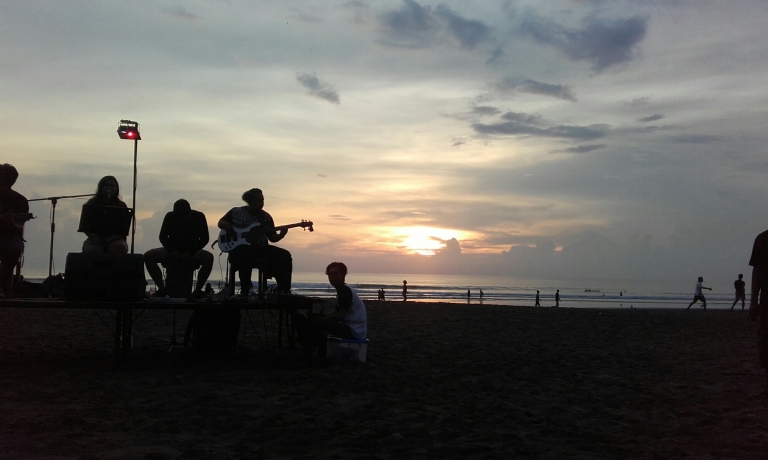 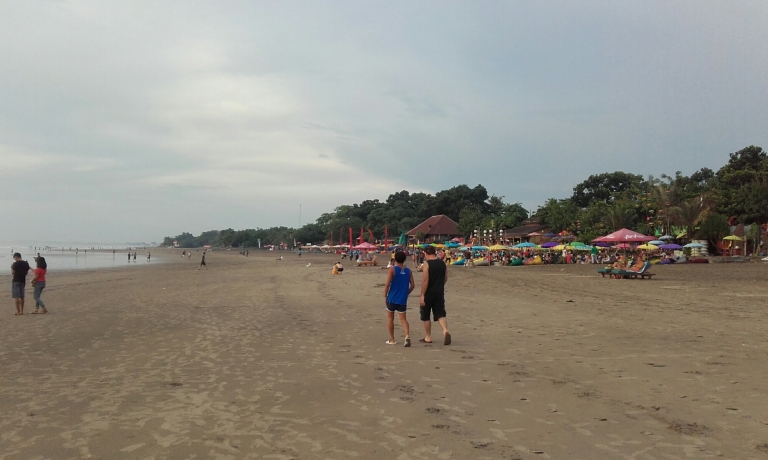 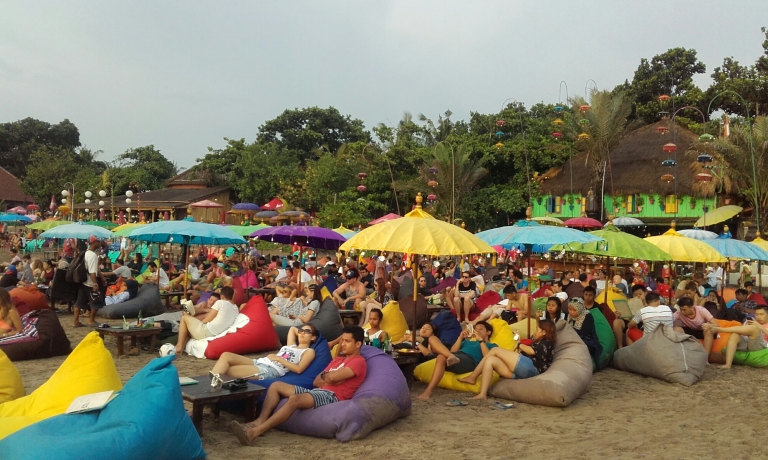 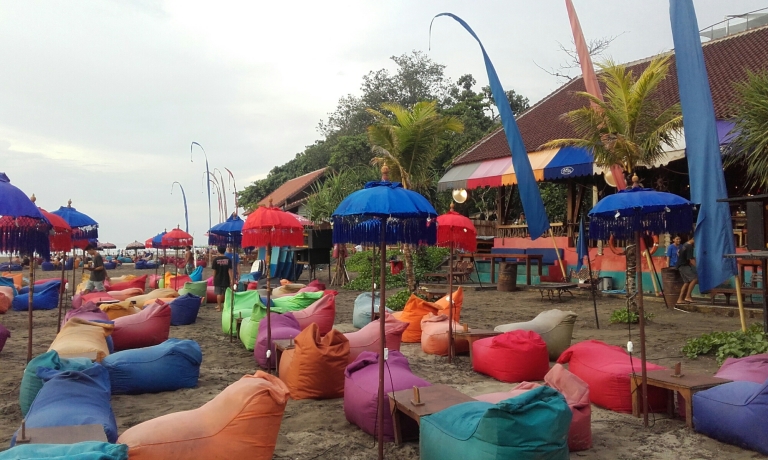 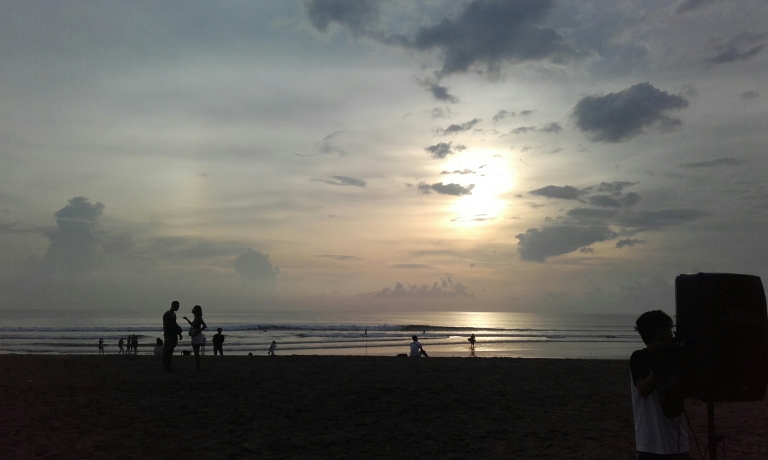 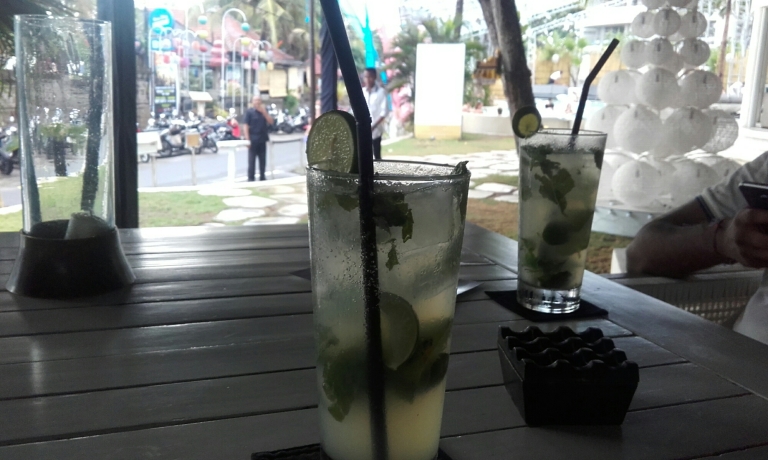 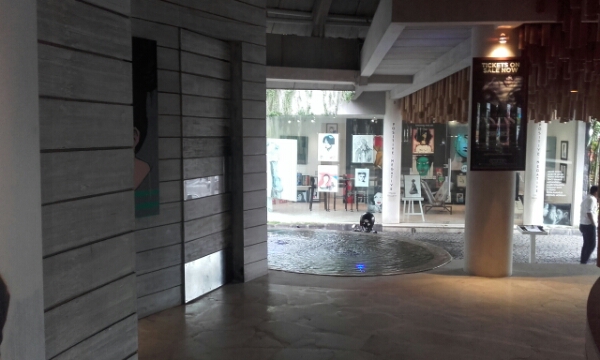 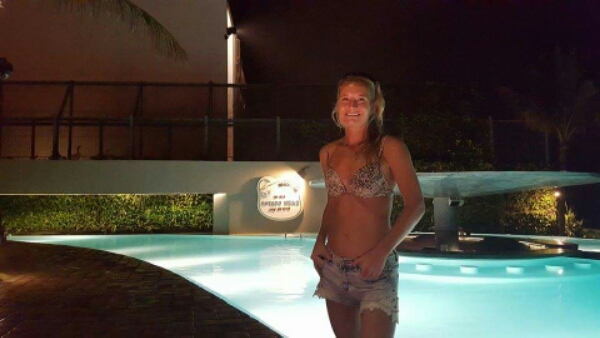 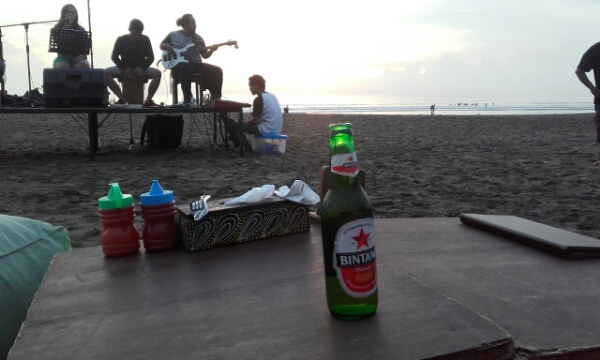