After being on the motorbike in Lombok I have the bug to go.on a bike and explore Bali as love the free feeling and getting out seeing new places. My Tz Hostel does bikes for only 60k so head out with Rocky on the bike and told to go the route ofCanggu and then Tanah Lot to watch the sunset. Getting out of Kuta total pain as so much traffic and takes awhile having to weave in and out of the cars but Rocky does well as first time with someone on the back haha. It doesn’t take long to get to canggo probably 45mins and roads get nice and quiet. Canggu is a real surfer spot super chilled and could imagine staying there for bit if with a cool group to get away from the busy Kuta. The beach isn’t bad – not gili standard but all bali beaches seen so far are darker sand. Grab bit of lunch there then head to the temple Tanah Lot which is also quick and better roads. It’s 30k to get in (£1) and is a mix of a huge art market and the temples which are right on the beach and cool to see with the big waves crashing in. The waves are big and its bit of a surfer spot with a group in the sea hitting the waves and doing pretty well at it. Bit transfixed watching them for ages seeing how much of the surf they can do haha while watching the sunset – more to add to the sunset collection!

Before we head home, Rocky gives me a quick lesson on how to drive the moped as thd car park is large and empty so good spot to learn. It’s actually pretty easy with having to just turn the handlebars to accelerate and make sure hand is on the brake too while balancing the bike if go slow – like if was in traffic! It’s good fun and I need a place like lombok with no traffic where i can safely ride one.

The way back on the moped is fine in the dark as thought it might be harder. Until we get stopped one of the corrupt police stopping us saying we went through a red light, which we didn’t and then got asked if had international licence which few people do and is a pretty certain way for the police to get their bribe. He wanted a million but got it down to 300k – prob could have reduced it more but not sure how much to push it really and between us not too much in the scheme of things.

To try and make up for that we stop off at seminyak for food and find some cool beach bars – bean bags on the beach and live music. Super cool eating on the beach, feet in the sand watching the crazy waves coming in pretty big and like a mexican wave every time! 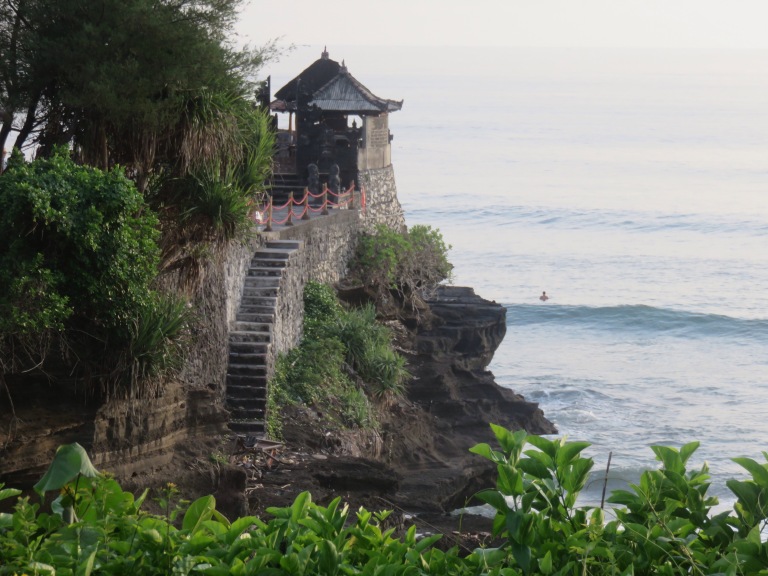 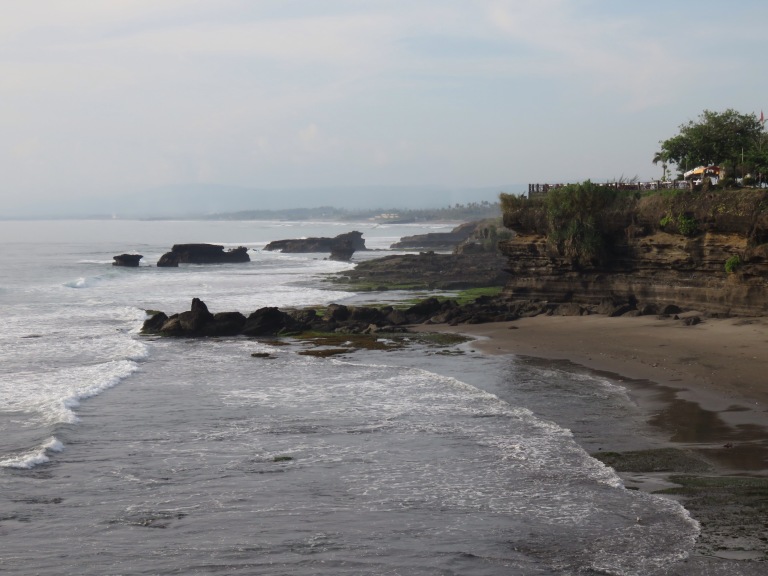 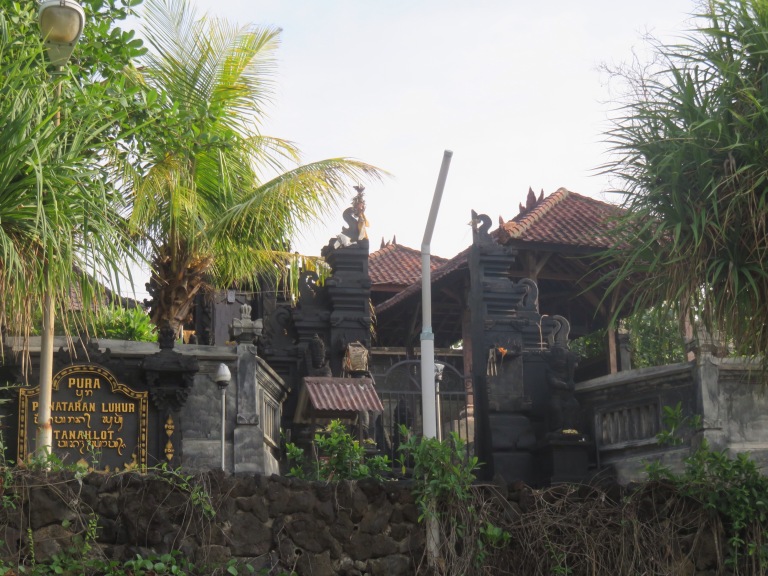 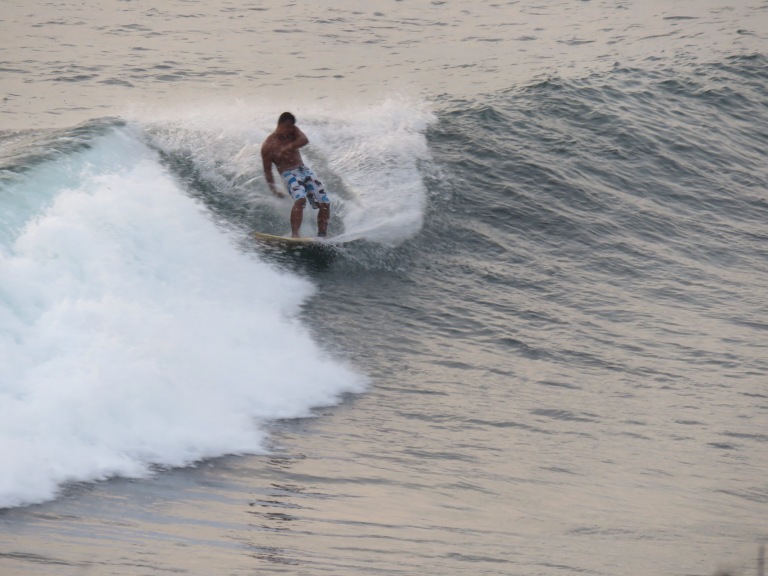 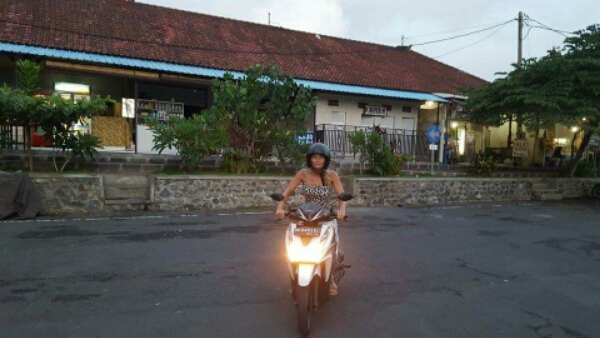 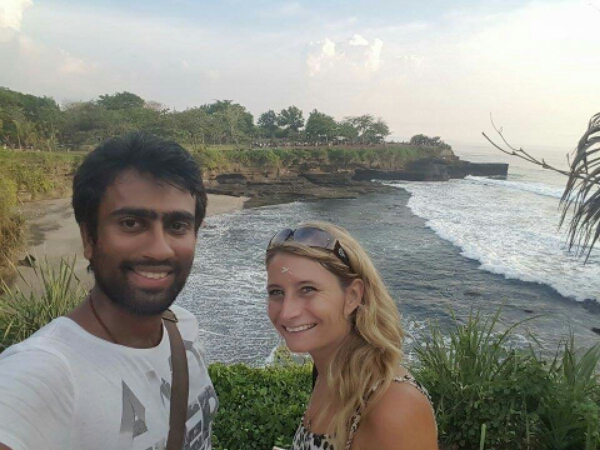