As Im watching the bears and chatting to the guide in the sunbear center called Jeremy –  who is so passionate about his job it’s inspiring to see – a big group of monkeys turn up. Strutting their stuff all walking in a line on the fence towards me, they look like they have attitude. The leader of the pack is a pig tail mackalay monkey and the rest behind longtail. Jeremy says the pig tail is the alpha male so very dominant and agressive which you can see. It looks ugly from behind lol. The others are much cuter but look mischievous and there is a mum walking up with her baby under her holding on with its 4 hands and feet which is very cute. Think they are after food from the feeding station but the sunbear place doesnt have set times as they found too much sugar from the fruit is bad for the bears and gives diabetes and they want the bears to be independent and find own food and not have the monkeys steal it as thats what they do best apparently. 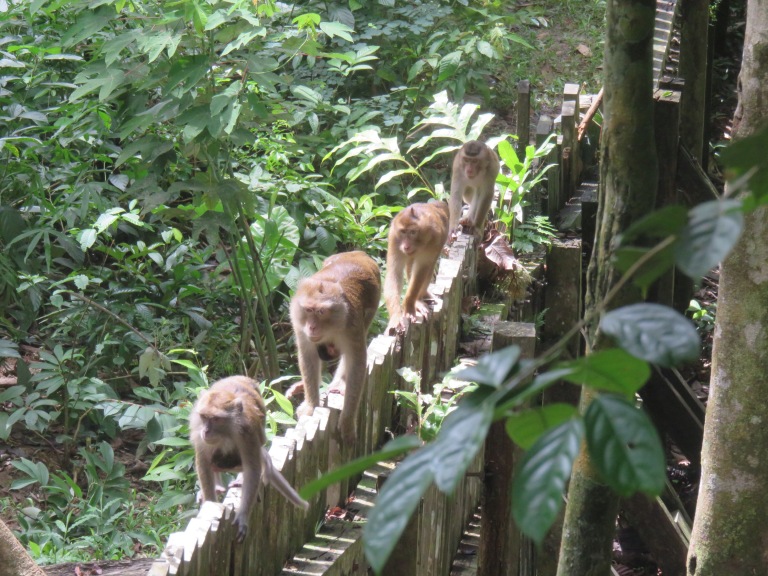 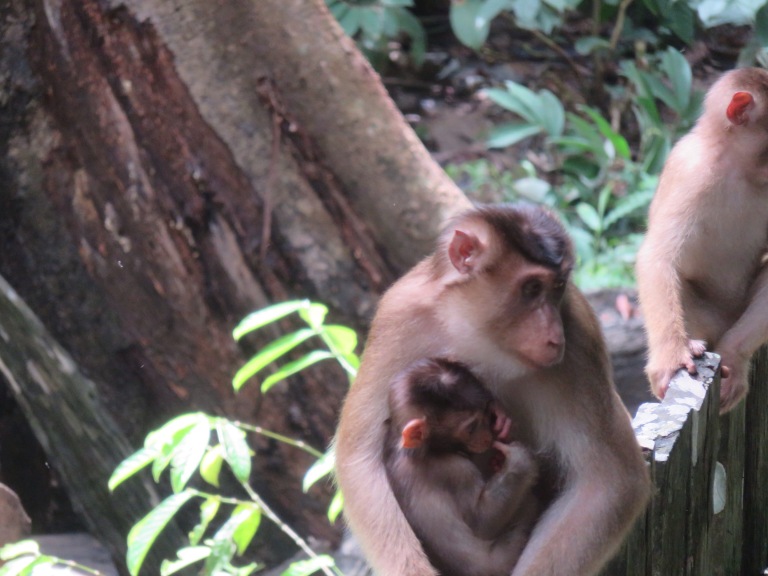 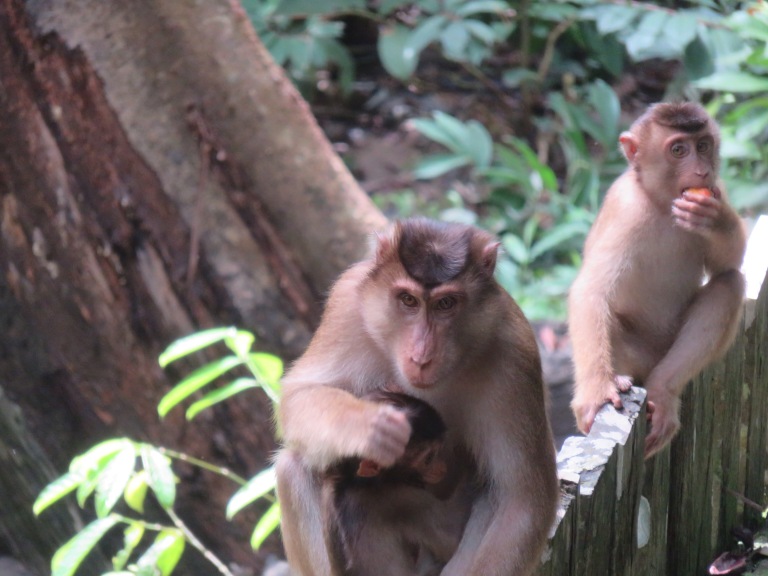 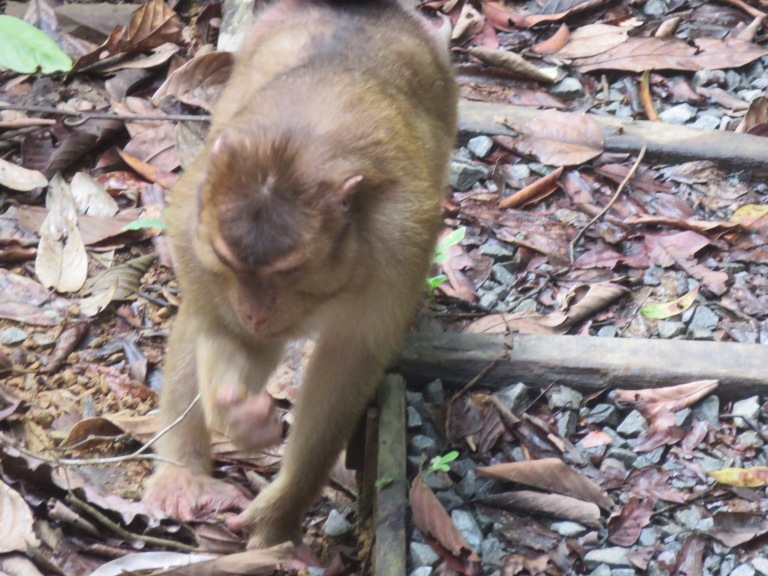