Waking to having a chilled day after a quite chilled night too. The entertainment last night wasn’t anything like the previous night and just was a few games after dinner which were getting into positions when certain names were called and passing a stick through a partners leg and passing a tennis ball under the chin, which I paired up with Nev and was very amusing as he is so tall so makes it pretty impossible.  The english couple Hannah and Charlie win and share the drinks they get – a nice cocktail usually about $16 (7GBP) so a nice little bonus.

So with a day of totally doing nothing, I spend most of the day snorkelling in the reef as you can snorkel until midday when the tide is high and then after about 3pm. The first time I go I try my mask I bought in Christchurch and all it does is leak so need to hire one. Not expensive at $10 (4GBP) without the fins as you don’t really need them, however it does help give you speed when your swimming and gives you some buoyancy in the water. Once I have a proper mask it is so much better and the snorkelling is amazing, literally like being in an aquarium as the water is so clear and there is such a variety of fish. The reef coral is also super nice and reminds me a lot of the dive with big pinnacles dotted about with lots of things to explore when you free dive down.

After the snorkelling it is lunch time and then spend the afternoon on the beach catchiing some rays and updating the blog. Although there are quite a few people about so end up spending more time chatting than blogging!

In the afternoon the English couple Hannah and Charlie come with me and also Nev, as I was raving to them about how amazing it was so wanted to see it for themselves and they were really impressed. Even going as far as saying it is the best snorkelling they have done, which I would agree with.  We see a lot in the afternoon one, including a reef shark as they come out at dusk, a puffa fish and a sting ray. Also come across some clams which are cool and bump into some scuba divers there, which seems a bit of a waste as its so shallow and can see the same things just by snorkelling. The only problem with the afternoon one is that it is cold as all in the shade and the sea lice seem to be worse. Definately a top thing so far in Fiji and could just spend ages snorkelling about. 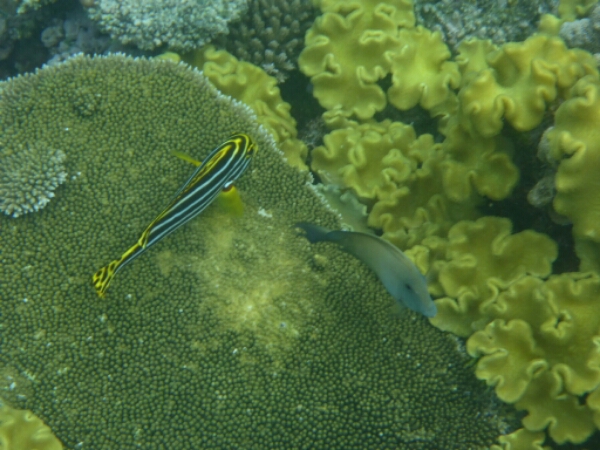 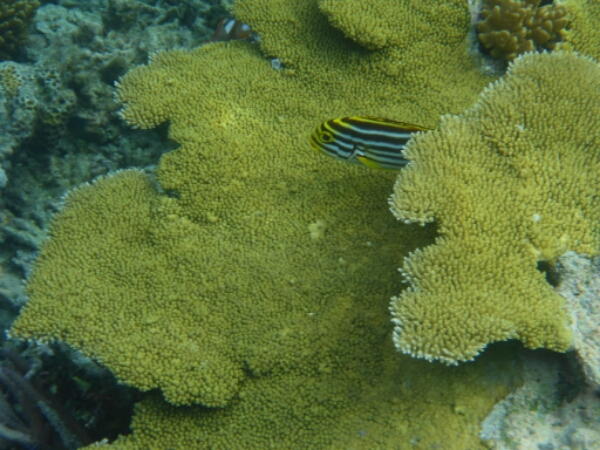 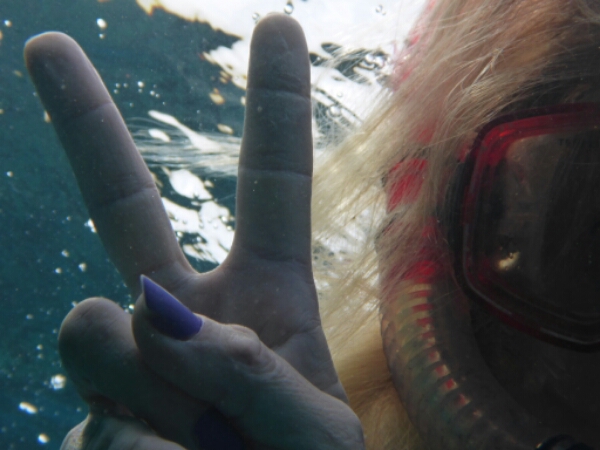 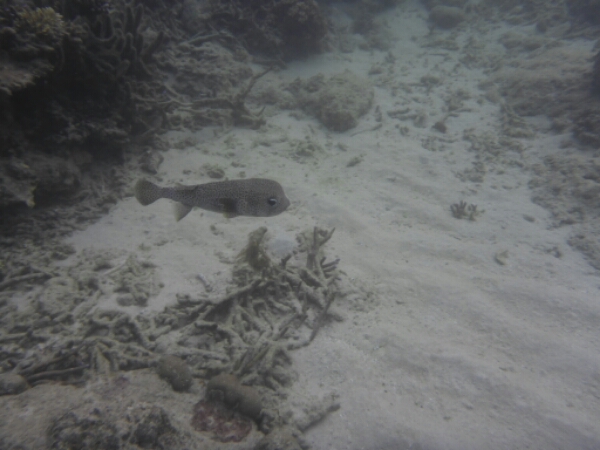 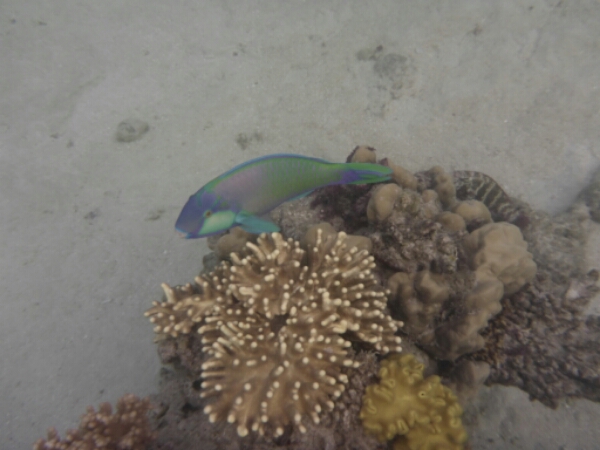 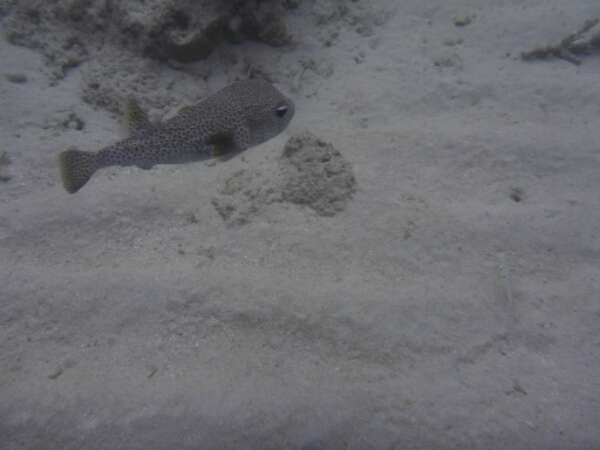 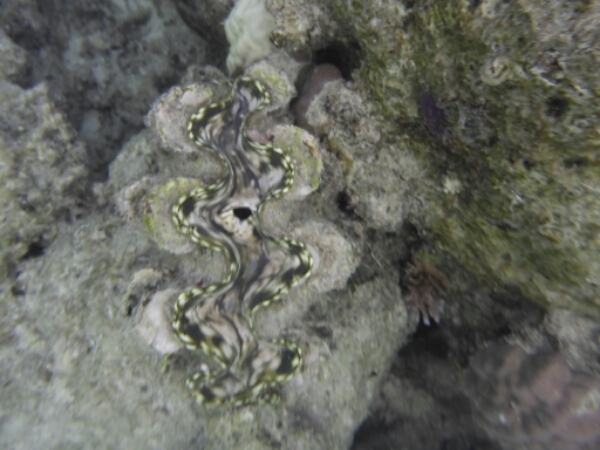