Back from the shark snorkel in time for  lunch, which is a quite tasty chicken wrap and chance to check out the room properly, which is really nice. In a different room to Michelle who is in the beach dorm, mine is a luxury tent I have all to myself with six beds so is cool. No plug socket, but since there is no wifi it doesn’t mater so much and I can just charge it at the bar.  The showers are nice with big rain shower heads even though it is a bit of a walk to them.

After lunch California Ben who is just on a day trip suggests kayaking so sharing with Michelle we head out for a hour or so going along the island to find some of he other beaches. Having to go the longer way out due to waves breaking through the beach nearest to the resort and it being dangerous as too low. It is tiring on the arms so we don’t go all around the island, although Ben is pretty good at kayaking dong it tonnes back home so reckon he could easily do the whole island before he needs to get his boat back, whereas us girls would slow him down too much as keep needing stop breaks.  It is is nice just floating along the water tho feet over hanging and in the water to keep cool.  There are lots of harmless jelly fish around and we play with those for a bit entertained at how they look on the paddles just like a clear pile of jelly flopping about. Some have purple centres in them that look cool.

Feeling quite tired out from the kayak we have a cool drink at the bar before Ben needs to get his boat. The bar is funky and such a chill vibe playing house tunes and able to get happy hour prices as I mention Brandon and Victor from Beachcomer who were staying there and made good friends with the staff – mainly a lady called Pau.

After the boat leaves around 4.30 Michelle and I go for a hike up the hill that isn’t too hard a walk and we are lucky as get a free guided tour. One of the workers tells us we are walking in the wrong direction so shows us the right way only to then take us to three nice spots up on the hills that we would never have found as have to climb over boulders and go routes not on path. The guide is lovely so friendly and even is holding the whole way a piece of pipe he was actually on his way to fiz and stopped to help us. He is very knowledgeable and tells us history of the village and living on the island, especially talking about cyclone Winstone which hit them hard. They lost a few bures and village houses, so why they are doing so much maintenance here.

He points out the main rock of the island that sort of looks like a face and tells us that is the rock used in film Castaway – the scene where he is with wilson the ball. It does look familiar. The places he shows us all have amazing views and are quite high up. We end up with a couple where can see the sunset and the sunsets are always beautiful in Fiji as very clear and orange skies. We can only stay until just before it goes down due to having a night snorkel booked in, although heading down it is actually very close and only takes 5 minutes so could have spent longer up at the top really. So as it isn’t totally dark yet, while we wait for the night dive to start, Michelle and I head to the bar for cider. It’s a nice vibe at the bar ad we get chatting to the owner a South African guy, expertise in diving who lives in Airlie beach running dive trips there. he mentions his cousin is a well known shark diver in cape town and has done documentaries there, so something I need to check out. 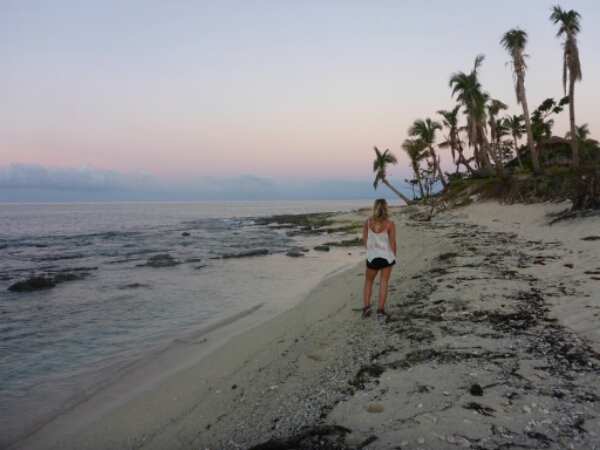 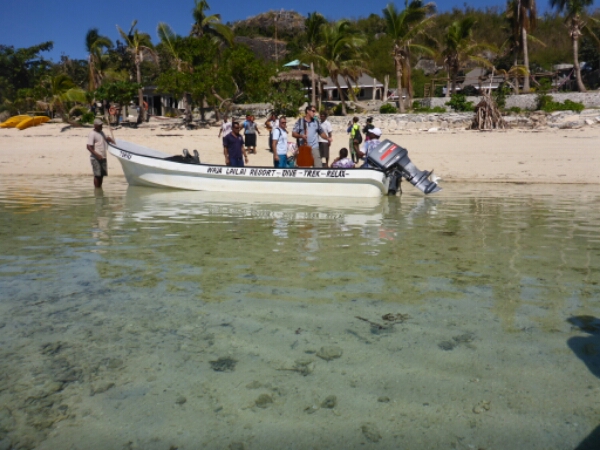 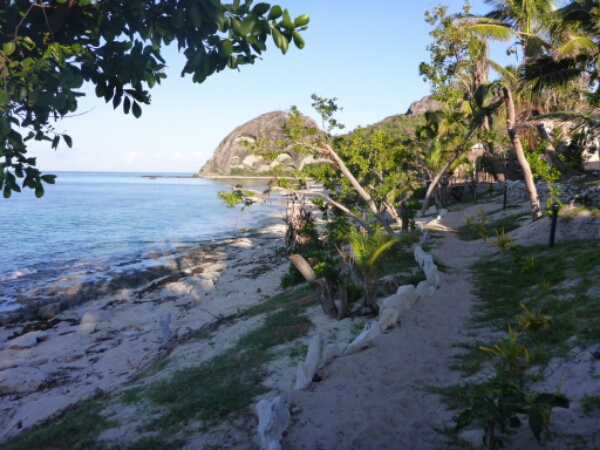 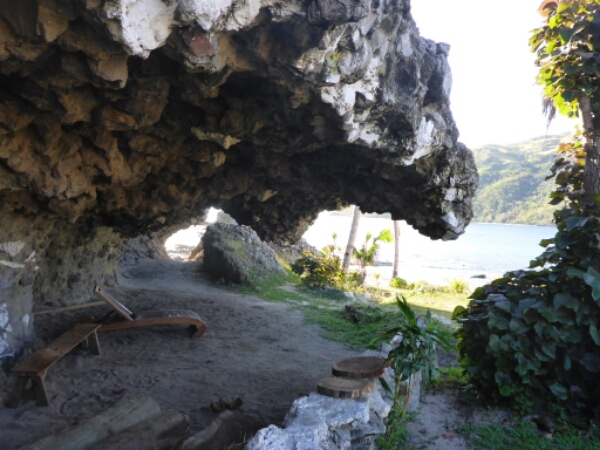 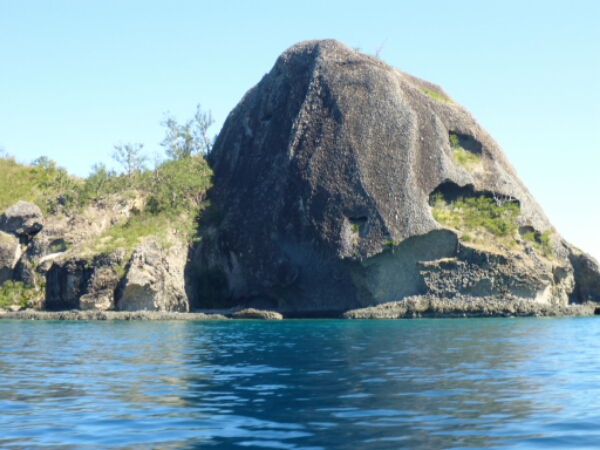 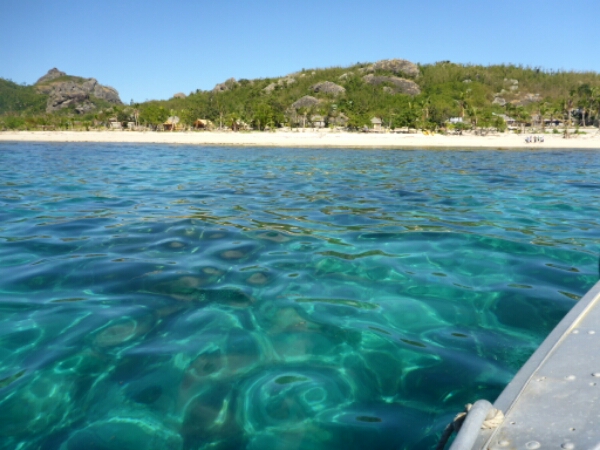 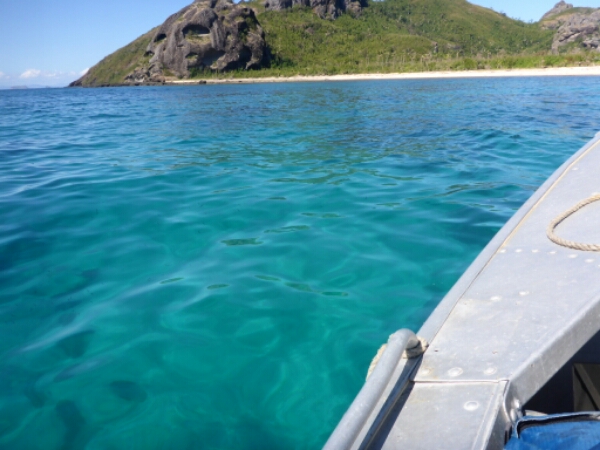 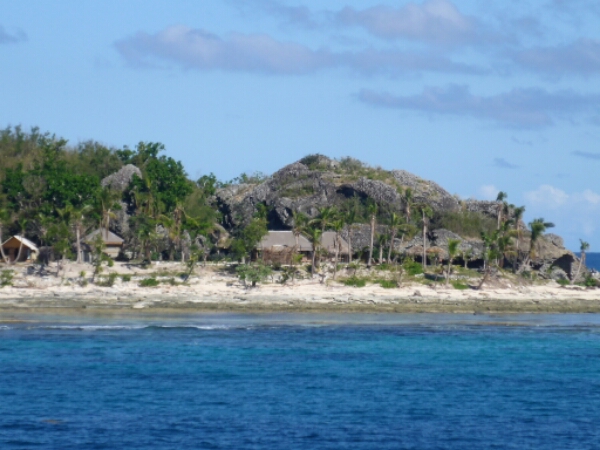 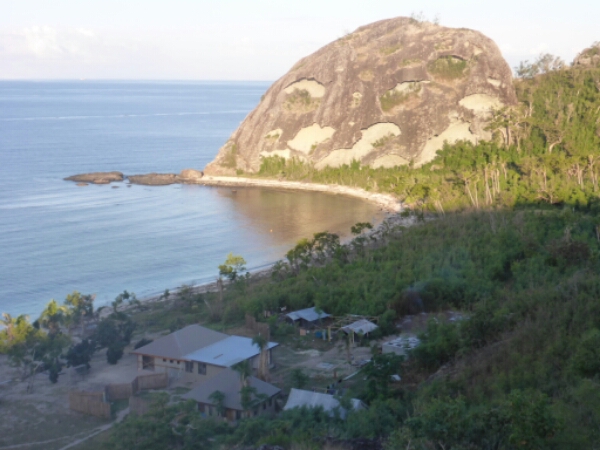 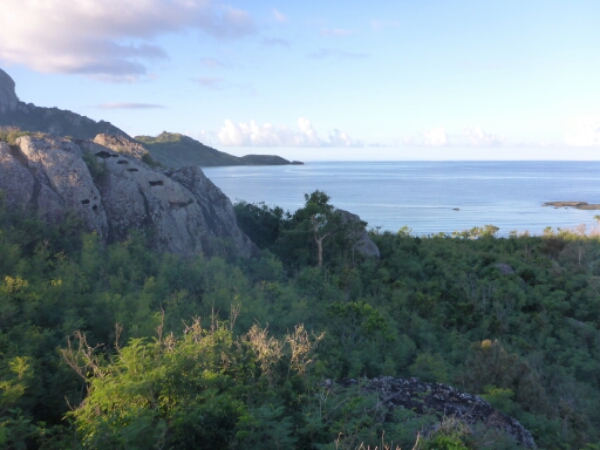 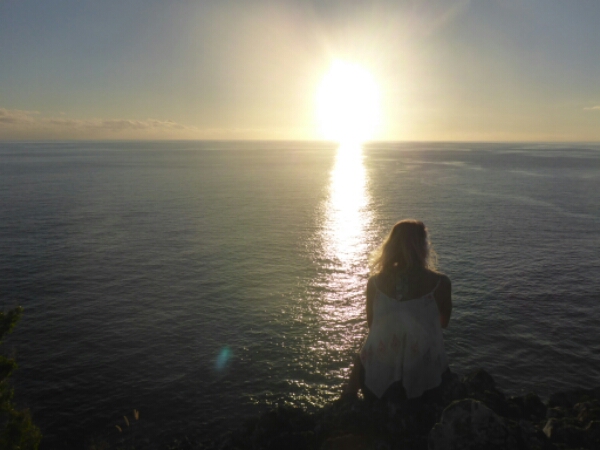 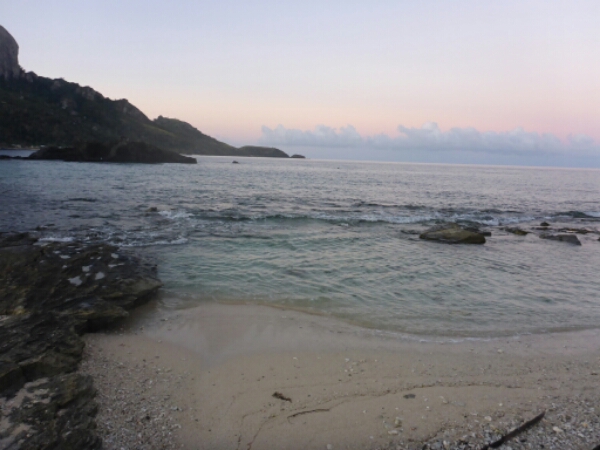 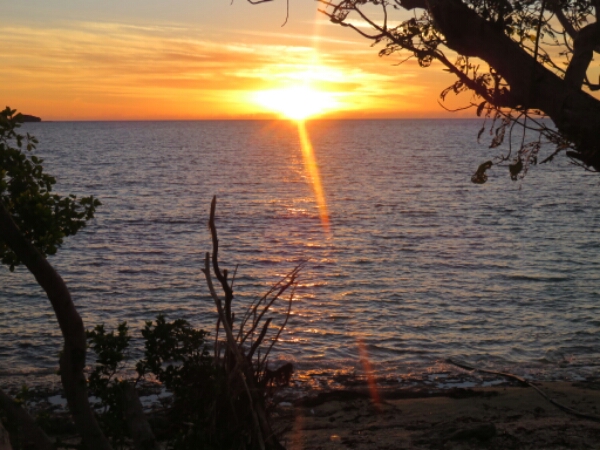