Due to leave Franz today for Wanaka although unsure whether to head on straight to Queenstown to see the rest of the group and try and spend more time there to do the walk. The kiwi bus leaves at 7am and frustratingly my alarm doesn’t go off so don’t wake until 9am meaning I miss the bus as in my room no one else was on it so no one to wake me up. So with very few options and not wanting to stay any longer in Franz, the receptionists recommends me to hitchhike to Queenstown as there are no buses and that’s what everyone does in the South Island.

So as soon as I can I get a lift to the high road with the hunter boys who are off to hunt somewhere nearby going to a bar called ice, which is where a few of the locals tell me is the best spot to go. Luckily it’s a sunny day and so quite nice standing in the sun waiting although it’s very slow as there just aren’t any cars on the road at 10am. There are two cars which stop, but are only going to Fox Glacier the next town along about 30 minutes away and so I decide to wait going to where I need, however after then waiting about another half hour as just no cars I realise I should have taken that offer to at least me moving, especially when I ask a local lady and she says that is best to do.  So the next car who stops is also going Fox Glacier for a helihike, a Chinese couple and so they are happy to take me along and are nice to chat to. With only the wife speaking English, but the husband been the organiser of the the trip she plays as translator telling me about what and where they are going so the journey goes quite quickly and interesting. It is also a scenic ride there going over mountains and passing rivers.

At Fox I take up position again and just like Franz the road is empty with no cars at all passing and any that come into view are either parking up to go the glacier walk or the petrol station. Eventually a car stops and it is a young guy playing my sort of music, so first impressions are ok. He is a German guy also travelling called Lucas and is just heading south with no destination in mind, so is cool with driving me as far as he goes. So onwards we go and he is easy to chat to which is good as going to be in the car awhile potentially, so feeling relaxed. It’s a decent car so comfy and as there is just one road to Queenstown we just head straight, although between Fox and Queenstown there isn’t many more towns.

So after an hour or so we make our first stop off for toilets, which also happens to be a national park WESTLAND and so as well as stretching the legs can get some pics as it is the Tasman sea known to be a bit wild and big waves. There is a lookout you can climb up, but it is impossible to stay long as there are thousands of sand flies there and end up getting totally covered and bitten. After getting a few snaps I run back to the car and annoyingly as we both get back in the flys follow us and so end up with a huge bunch in the car with us and have to try and kill them all before they bite us to death all going for my ankles.

So back on the road the next place we stop is Haast for petrol and that is all there seems to be in this town so again nothing to stay and see so Lucas is happy to keep on driving as he likes to drive and when the roads are as scenic here I can understand why. Plus we are practically the only people on the road. The next stretch of road is called the HAAST gateway and we pass over lots of rivers and rapids and cute bridges.  The drive is one of the noted listed scenic drives http://www.westcoastnz/newzealand/touring-roads.&nbsp;

The road carrys on for awhile as I think the only main town to be next is Wanaka, which is practically where I want to go (just hour further) so feeling pleased I can just stay with Lucas most of the way as he is a cool guy so it’s worked out well. The drive all the way really is one of the most scenic I have seen and once we pass the rivers we start to go up towards the mountains and for ages have towering mountains over us and follow the long river.

The most scenic part of the drive is through the mountains closer side to Wanaka and we do quite a few stop offs to capture the beautiful views, as it feels a bit surreal like you are in a painting and luckily the sun is shining so makes it all look more dramatic.  We are in the car about 4ish hours when we get close to Wanaka and stop off at lAKE HAHWEI view points and start the really long winding road through the mountains that is super beautiful and makes you really appreciate New Zealand.

So by the time we arrive Wanaka it is sunset over the lake and looks pretty. However as I still need to get to Queenstown I look at the bus options, but you have to pre book day before so not an option to. So Lucas decides to drive the full way as only an hour from Wanaka so can explore Wanaka during day when not so rushed. Great for me as I actually can get where I need to and I suggest for Lucas to come out with the group too as he is travelling alone so nice for him to have some company and meet new people, especially as there is Mads and Jannik who are German in our group and Miriam from Surrey is half.

The drive to Queenstown is one I have already done with Tahu when first arrived and remember how amazing it is going over the CORONET  mountains, probably impressing me more the the second time round. It’s crazy to think how high we are and how windy the roads aren’t, fun to drive if you like narrow roads and a challenge. By the time we arrive it is dark and really cold compared to other places and it takes a bit of time due to traffic to get into the main town. Eventually arrived about 6 we drive about a bit to find a car park and then get a room at NOMADS, which is a nice 6 bed with ensuite. Heading more or less straight out to eat and see the rest of the group it is a surprise for some as I am a day early than planned as should be in Wanaka on the kiwi bus, but pleased I skipped as so nice too be able to head out and do drinking in Queenstown as its a Saturday night and a couple of the team kiwis last night. 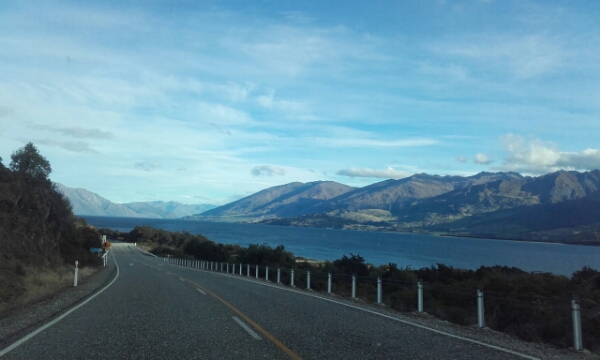 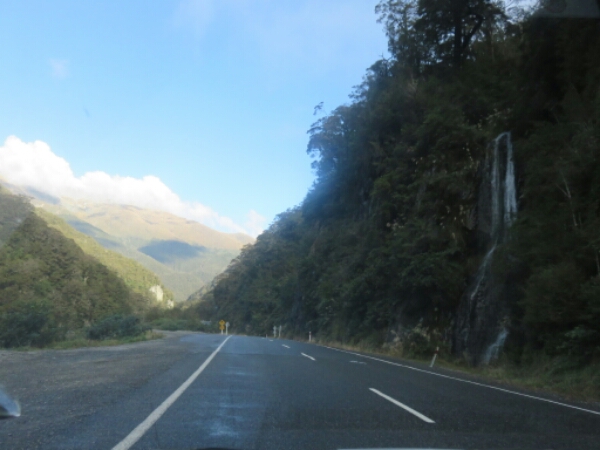 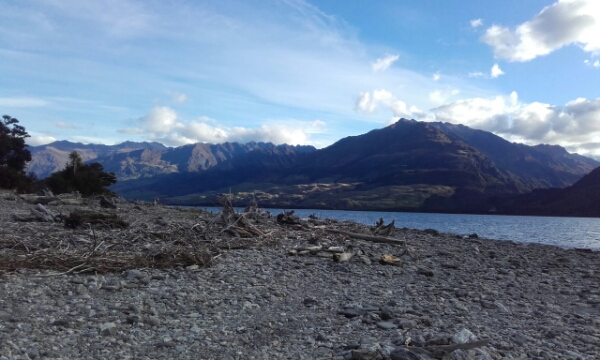 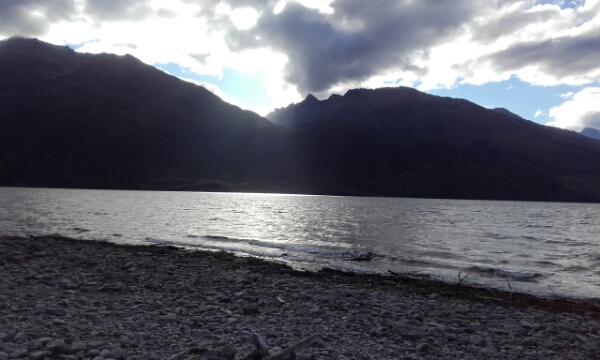 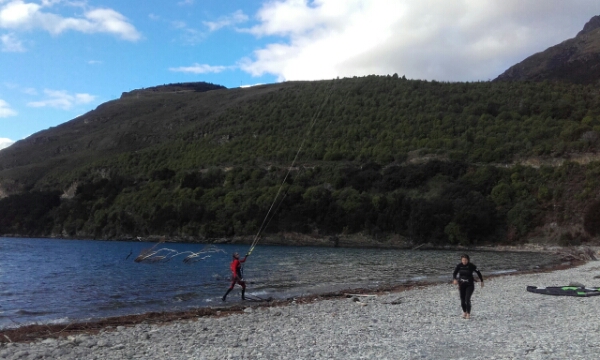 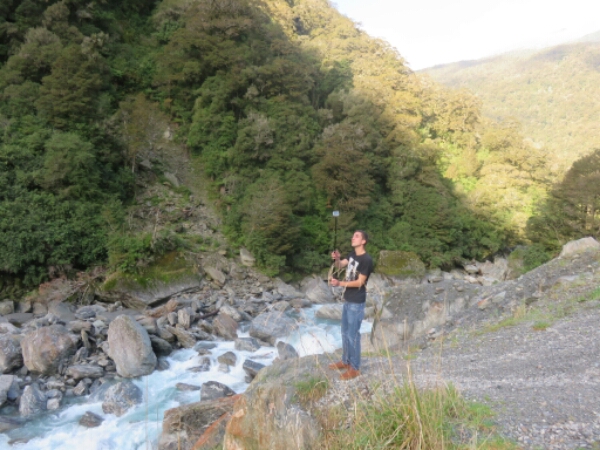 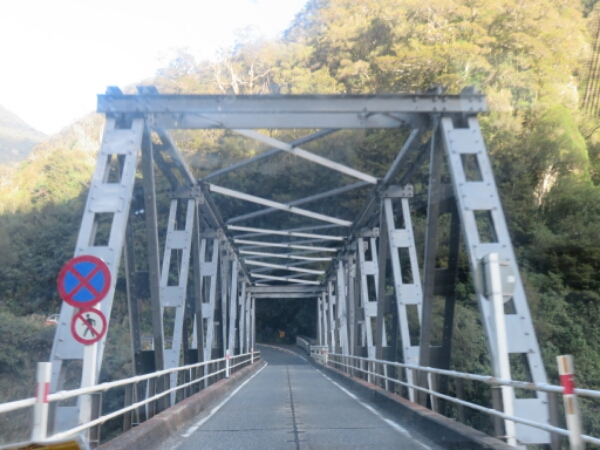 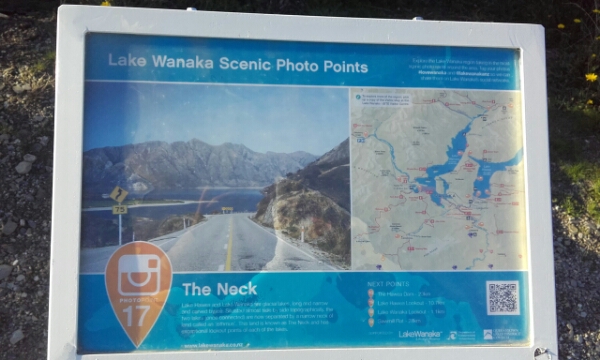 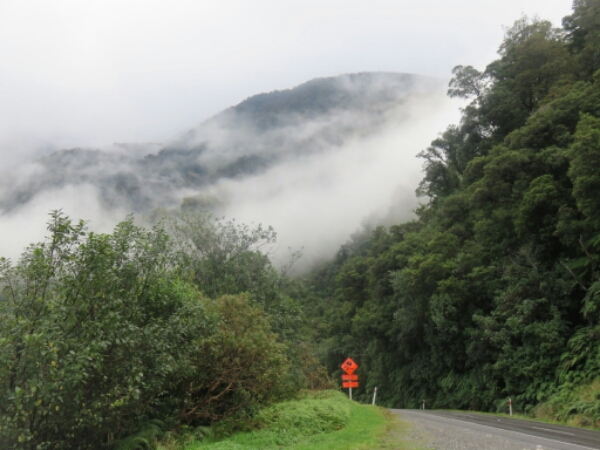 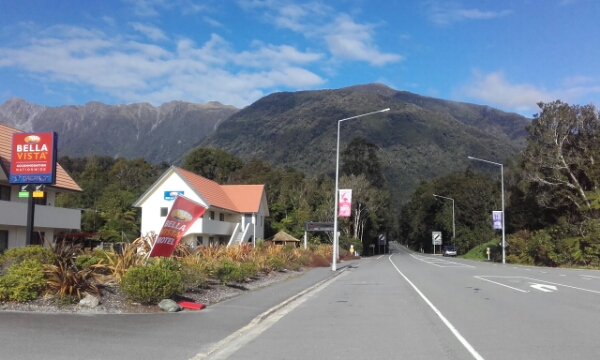 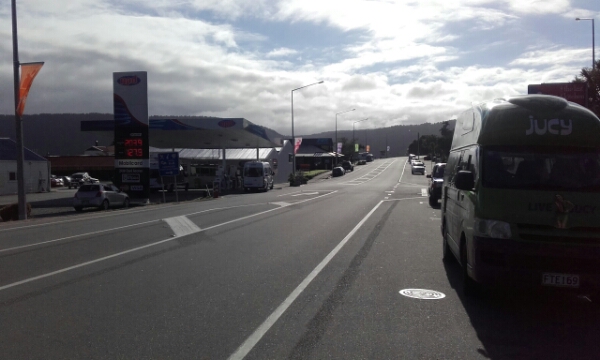 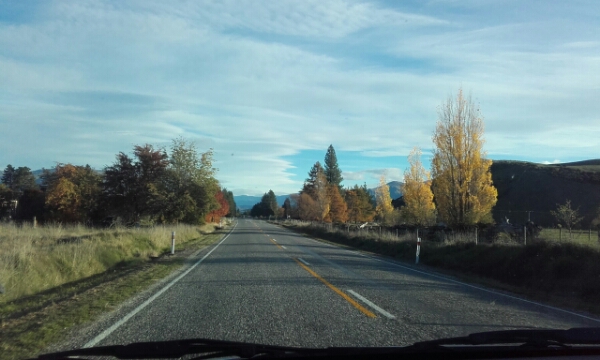 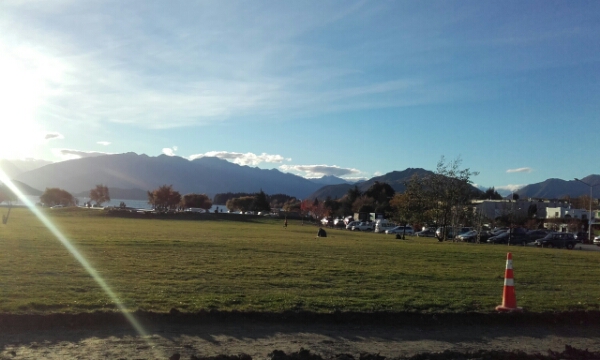