Waking up after bit of unsettled sleep, restless I think as I know I need to be up early and dreaming about missing it for various reason. The two San Diego girls are up early anyway as they have a helihike booked, but as I’m getting ready I get a call from Franz Josef Glacier company to tell me that there was another heavy rainpour overnight and as a results the track need to be checked by the guides, so they have to cancel the trip. They do put me on standbye, as they have a load of kiwi experience people booked on tours and they are expecting a few of them to not turn up, especially as they had to push back the the times on a lot of theirs meaning any who had a skydive planned for the afternoon, no longer can do both.

Feeling bit frustrated, as don’t want me staying on the two extra nights to be a waste of time, I head to the kitchen to try and cheer myself up over tea and cereal, as looking outside at the weather the day for flying in a helicopter looks perfect today.

Bumping into Amsterdam Frank in the kitchen and a few of his bus, there does seem to be a couple who are going to cancel, obviously good for me, although they are doing the ice explorer trip rather than the helihike that I want to do. Both tours sounds great, but as I have never been in helicopter before I am keen to have the longer time in it flying over more of the glacier and just having 2 rather 3 hours on the ice. The compromise being that the Ice Explorer sees the big Crevasse which are deep cracks in the ice and so walking through them gives you big ice walls around you.

So I go across to check what the situation and am pleased to find out that they have one spot on a helihike left, although it’s with a different company operating the helicopters but the guides are still the same. Booked and told to come back at 12.30, I have a couple of hours to kill and so just chill out in the hostel reception, as it has wifi and some comfy sofa’s. So when I do go over to check in, the rest of my trip are all taken on us to the Franz high road to the other company Heliline who seem nice and apparently they have plusher helicopters with leather seats, not that your’re in it long enough to really notice.

With the weather looking lovely still I am feeling hopeful I will get up there and once we are all geared out we head out to the helipads. Unfortunately not at the front, a not the lightest, the group is still actually small and so manage to sit next to the window, which gives great views still. Going up it really doesn’t take long and so pleased to pass the landing place and go over to where it starts flowing down as you get to see all the big ice pillars and crevasses really well. The pure white snow, which has tints of glacier blue in it too look so cool and definitely a great thing to see, especially as they might not even be here in 20years.

When we land there is the previous group waiting to board and I bump into the San Diego girls, who said it was amazing so even more looking forward to it. A bit cautious at first when get on the ice as worried it is going to be slippy, I soon get used to the feel of it although we don’t go far anyway as need to put the crampons on and get our walking poles. As the helicopter goes back with the other group, it does amaze me how windy they are when leaving and everyone has to grab hats and anything loose. Definitely very cool things to ride in and be able to land in such a spot like in a middle of a Glacier.

Once we have the crampons on, which are quite easy to put on with only a certain way you need too lace them up so that they are tight and so there is no loose ends that might trip you up.  The group is a mix of ages and fitness levels and so this hike isn’t going to be too much hard work based on this and I was told ice explorer is for the more adventurous, however the longer scenic route and the more interesting shape ice pillars are really cool fore this trip. We are also higher up, so can see the ice explorer groups on the other side.

As we start the hike, we hear a big group of ice fall down and the guide explains that the glacier is always advancing and so why they get the rock movement so much. We are in the safe part and it is higher up where it is really dangerous, as the big ice pillars are not secure and could fall at any time. As the guide said you are playing with your life if you try and climb them and can only explore there is they go by helicopter, but even then it is only for very high level if ice climbers.

Our guide seems pretty experienced – named Khan he is really interesting to listen to and explains everything well like about how crampons work, what the glacier is doing and what the name of the type of ice things we see.

Walking on the ice is such an amazing experience and with the crampons you feel like you are spider man as can stick to anything. It boosts your confidence of walking on the ice as ever since the ACL injury slippery ice is not one of my favourite things.  The  main cool things we see are a ice cave, even if not the biggest you can still crawl under it. We check out a rectangle type hole filled with water, which the guide says goes right to the bottom of the valley some 40m and obviously super dangerous if you were to fall down one of those as it is so narrow you wouldn’t be able to swim up and of course it is freezing water so would freeze to death first. It is such an ice blue it is mesmerizing to look at and makes you appreciate how important it is to know the track you are going on.

We check out some ice walls near the cave you can stand in and walk right up to some of the larger (but safe) pillars, although even thinking they are safe the guide explains that the one we are looking at was much higher as only on the very rainy day did it break into two and fall down. They were expecting it, but had stopped going too near it as were unsure what way it would fall as it was only being held in the middle by a thin piece of ice so was top heavy. As we walk up it isn’t any hard work on the legs, as you would expect or get if you were wearing normal shoes and not crampons and I feel like they are what I needed for the Mount Doom walk haha. The walk goes really quickly, even though we are going at a very chilled pace and able to stop often for pictures and to take it all in.  Towards the end of the walk we get to a mini cave, which we are able to climb right through, which is fun but very wet as you need to crawl on your hands and knees. After this we come across a really low pass way that is wide so the guide makes an attempt to go through it, however it is too low and so he has to climb out using the rope he pegged into the ground, which must be how you do real climbing. Very impressed with the tour and the feeling of being on the ice I am very keen to do it again. Just need to find out where else trips like this are possible.

So having 2 hours on the ice and with the hour check-in and then return, it is a long day starting at 11am and by the time get back to the hostel it is 4.30pm, so just head back for food. With the ticket you get free entry into the Glacier Hot Pools and Amsterdam Frank and his bus are heading across. Also so are the two San Diego girls from my room, so hang out with them there too. The hot pools are so relaxing and really tranquil with all the steam coming up in the nice setting of plants and rocks everywhere. There are three main pools and spend most of the time in the mid temp one at 38 degrees and it is where most of the others stay. In there for about an hour and eventually getting way too hot, we jump into the cooler one of 36degrees and it is funny how with just a couple degrees difference can make you feel co much colder and then after 5 minutes your body totally feels normal again. Spending about another half hour there and feeling cooler, before I leave I jump in the hottest one to warm up before head out into the cold and back in the hostel. A really nice place to relax after a hike and great that it is included. Open until late it is a great place to spend the evening and get ready for some drinks back at the hostel in front of the fire.

The hostel is meant to be a busy night, since it is Friday and there are a few other buses coming in and there will be the locals.

It does indeed turn into a busy night, far busier than when we were all there as they also do a horizontal bungee competition, which is very funny to watch. Basically they have a rope attached to them and have to get to the end to grab a drink and get it back in the quickest time for their partner to drink it in one.  Amsterdam Frank is third and amusing to watch as to raise the bar to try and win the Bungey prize he does it naked although you can’t see anything luckily. As he does it it looks like it is in slow motion and hard work, but he manages it although not in the fastest time as about 20 people entered at least.

As that goes on most of the night it gets a bit boring to watch, so spend a lot of the night in the outside bar with the log fire chatting to some of the locals. The most interesting person I meet is a guy with a funky mullet hairdo, who is a hunter and taxidermist mainly on stags, which he says he gets up to $2000 for. Him and his friend are actually hunting the next day and have all their guns and arrows with them, which isn’t something you see often back home.  So end up hanging out with them as after the excitement and shots for the horizontal Bungey Frank crashes out and only know 2 other English lads Tim and Tom.  After the Bungey the bar turns into a dance floor with a Dj and it ends up being a much later night than planned, which isn’t ideal when the bus is leaving at 7am the next day, but it is really good fun as the rest of the nights have been super chilled! 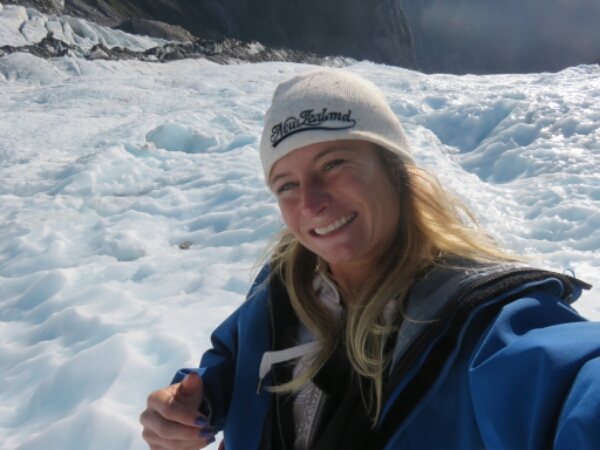 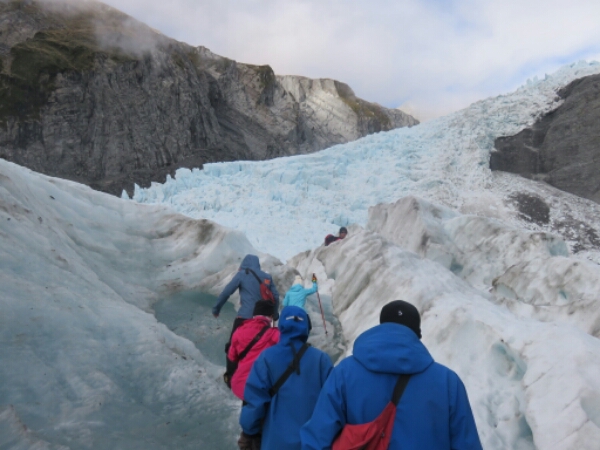 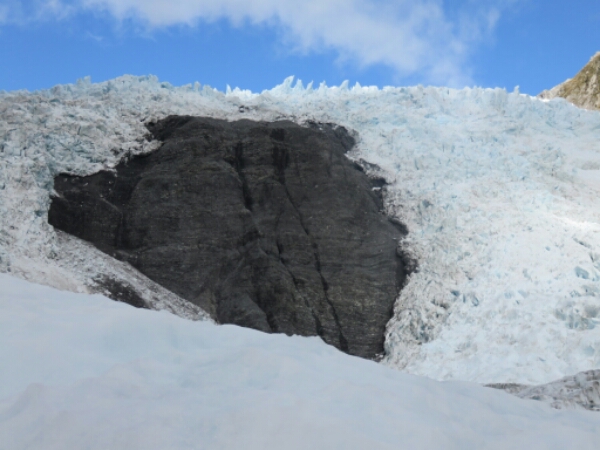 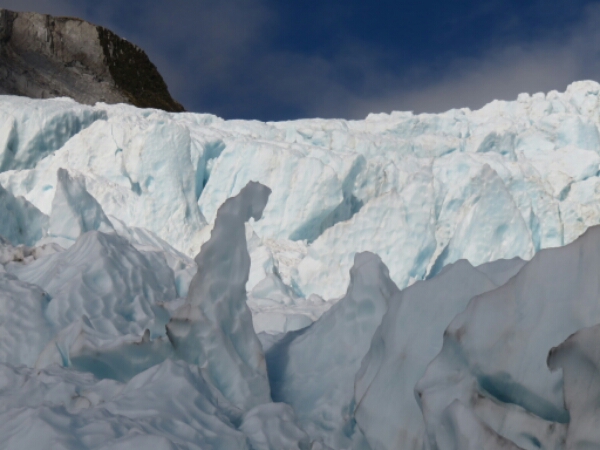 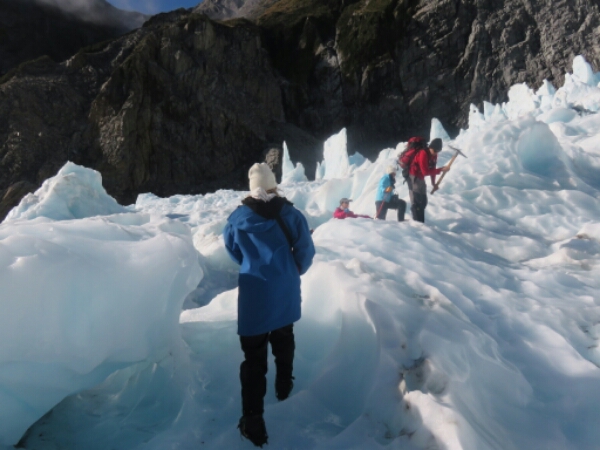 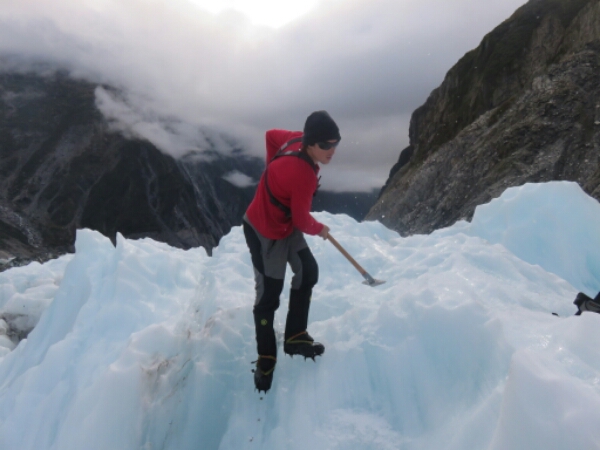 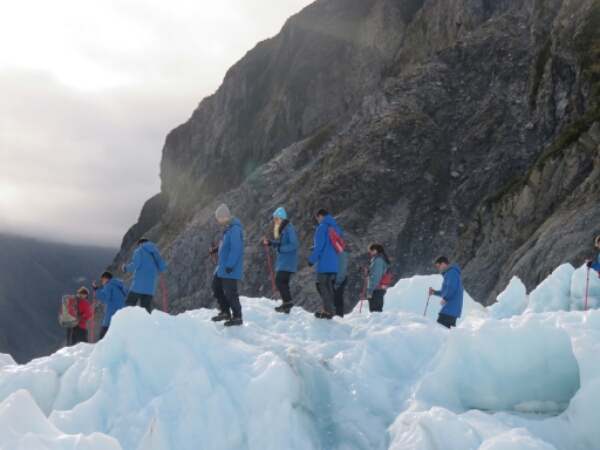 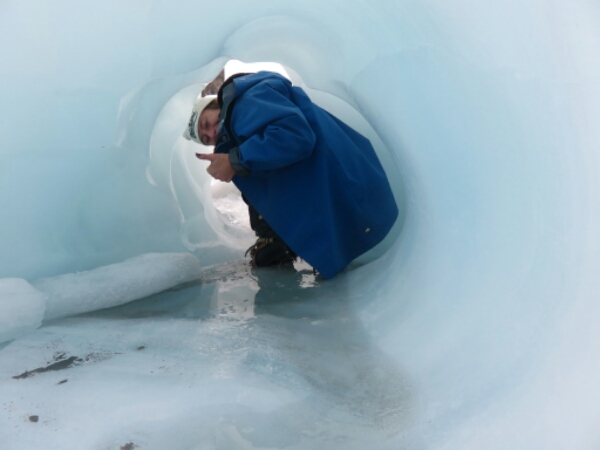 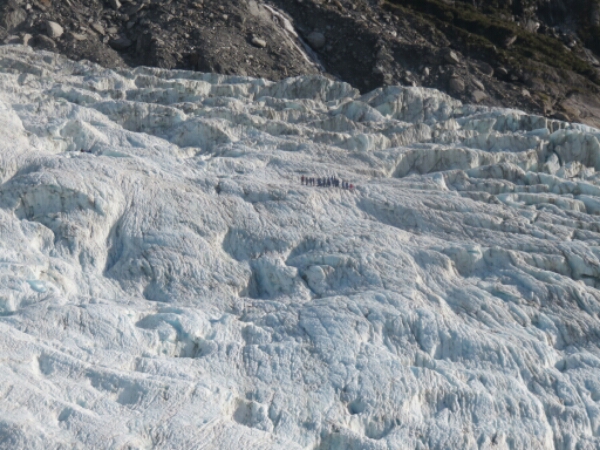 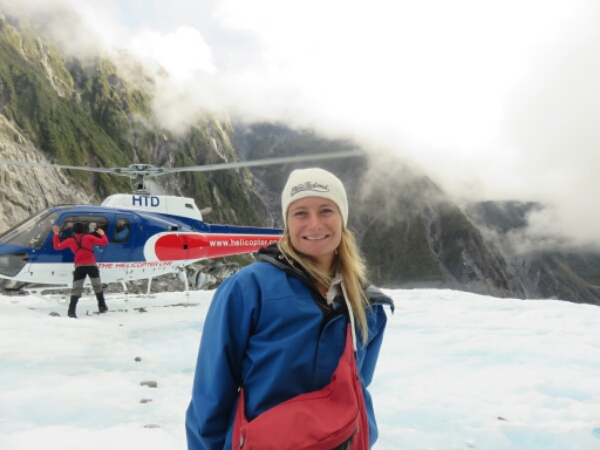 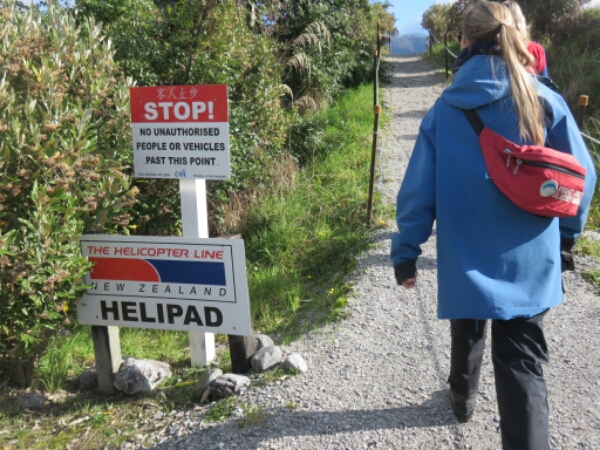 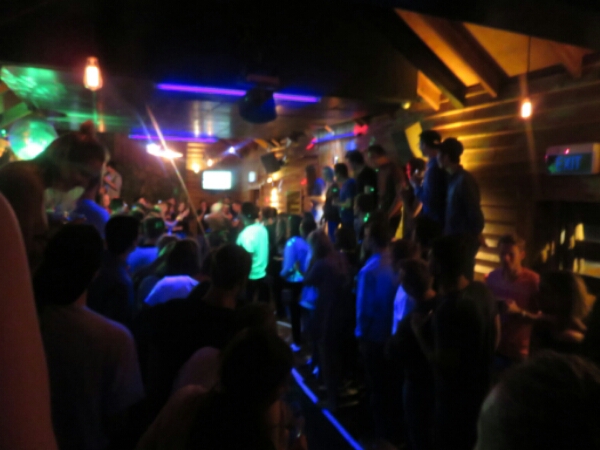 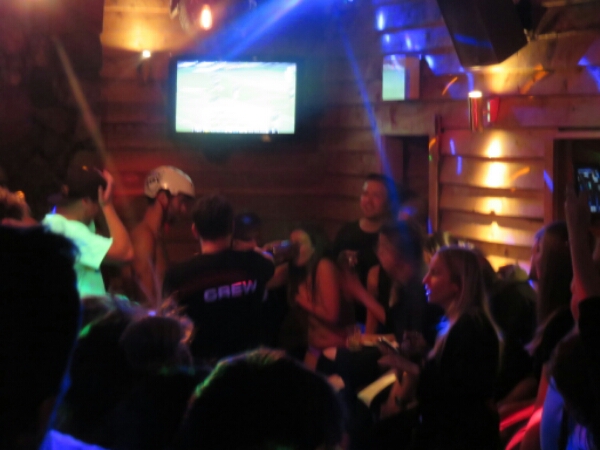