So up early as it was a very chilled night and everyone seems to wake about 8ish anyway, the hostel is sending a couple of cars to the beach Ngarunui Beach where the main surfing is done. There aren’t that many of us who go down with 8 vs the previous day there were apparently 26! But the smaller group is nicer and we are provided with wetsuits to go down with and the board is $30 for the day (15GBP), so not bad value and better than a lesson, which I don’t really need.

In the car a french girl drives down and there is a dutch guy called Mark too, both seem nice. And at the beach get chatting to a guy from San Fran called Hunter who is working in Waitomo caves and is pretty cool to chat to and seems to know his surf. The waves aren’t too big so great for practicing for beginners, but they have a lot of power in them so you can pretty much catch every wave although it is just on the whitewash part. It makes it a lot of fun it being so much easier as no need to paddle out much, so don’t get too tired and able to surf for the full 3 hours session. The weather holds up apart from a rain session, which is cool to surf in the rain especially when it gets really heavy. It is just a bit sore on the eyes. So by the end I feel like have managed to catch some good waves and practice controlling the board more and have a few times where stand right into the beach, so a really productive and fun surfing session. Addictive and keen for more surf. 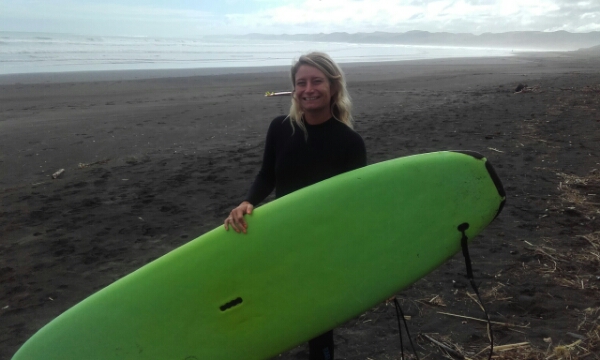 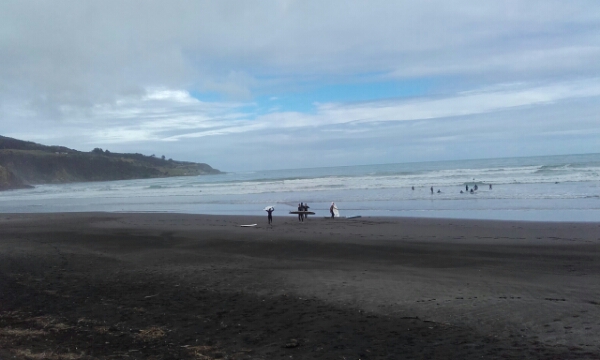