With a forecasted temperature of 40 degrees, today is meant to be the hottest day for Perth. Originally planning on doing a big cycle ride to Cottesloe, over an hour’s ride away and up and down over a few steep hills, I postpone that until tomorrow. Instead spend the morning doing my usual chilling and breakfast in the garden sitting in the morning sun and McGregor starts doing one of his house jobs of dismantling the spare room wardrobe to sell on gum tree.

In the afternoon, once McGregor’s job is done we head out to Trigg Beachbeach taking with us the surf boards he has to see whether we get any luck. Looking at the beach cam, the waves look ok for beginners so think it’s a safe bet.

Arriving about 3pm, the part of the beach we head to doesn’t look anything like the beach cam haha with the aves actually being huge and kind of intimidating when you go in as look like they are always going to crash on you! McGregor heads strights in and being a pretty strong paddler is ale to paddle through the waves, but that is one of the things I need more surf lessons on as have a go and because I’m not going fast enough end up being rolled by the wave and taken under with the board, which obviously isn’t a good thing, but I come ok all Ok.

So deceiding that the waves are too big for me to try and surf, I use the time to get out past where the waves break, so out of the way to practice my paddling and balacing on the board. The board that I’m using is much smaller than the usual “learner” boards I’m used to and so that makes it even harder as usually I go for a 9ft board, but this one my feet are hanging off and it is really narrow. All good fun and experience though.

After an hour in the water, we head to pick up Tamara from the station, as she left work early to squeeze in afterwork swim since it is the hottest day in Perth for ages. Heading this time to a part further along Trigg beach, had we known, the waves here would have been much better for learning on as much smaller and break more evenly rather than all at once on you. However at this time of day, everyone has the same idea and it is pretty crowded with surfers so really need to go at a time of day when less people are about as otherwise it just becomes a bit dangerous with boards flying about everywhere.

So enjoying the sea and nicer aves, we stay there until the sunset and Michelle coming down to meet us. Even until late at the ight the beach is super busy with everyone haing the same idea and has a great atmosphere – a very summer’s night feeling. Great for people watching, especially watching the life guard training going on similar to what I saw in Currumbin in the gld coast still amazing me at just how fast thy go out and how easily they glide through the crashing waves. Definately a good thing to do when your growing up and to build your fitness up when your really young!

Missing not seeing any decent sunsets along the East Coast, apart from at Agnes Water, the one tonight totally doesn’t dissapoint and is probably one of the nicest one’s I have seen along my travels with the colours being so amazing. Going from light pink, to bright orange and then red with pink reflections on the water it’s so cool to watch, especially with the cloud formations going on making it look like a sheet of ice under the rays of sun.

So watching the changing colours of the sunset for a good half hour, once it has finished we head up and layout out our towels and grab the picnic bag sitting out on the grass by the beach and outside our favourite takeaway Kailis Trigg Fish and Chips restaurant. All super hungry, it’s a nice meal (if not a touch too strong in fish tasting for me and Tamara) but even nicer being able to sit out having a picnic enjoying watching all the local people either walking their dogs or out wth the family all making the most of the super warm breeze. Even by 11pm it is still meant to be 29 degrees, but with no sun it actualy is a nice temperature.

So after the picnic, we head back and chill out watching an unusal documentary Zeitgeist, which is interesting and quite controversal in it’s topic. Possibly a bit heavy for a Monday night, we only get halfway before the girls decide to call it a night as they have an early start with work. So I get the rest of the night to myself watching a few mindless things, but again a nice feeling to be able to just chill out and watch TV helping me recover after the last heavy 2 months of backpacking and preping me for it all to start again in a few days! 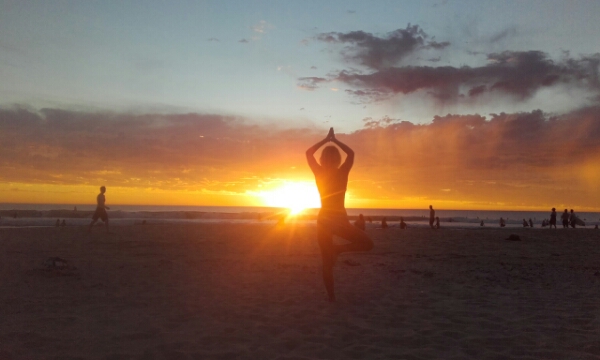 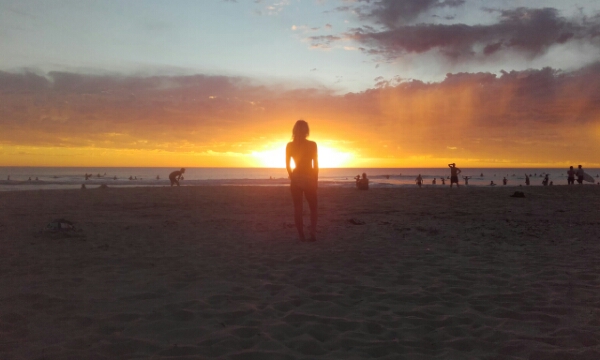 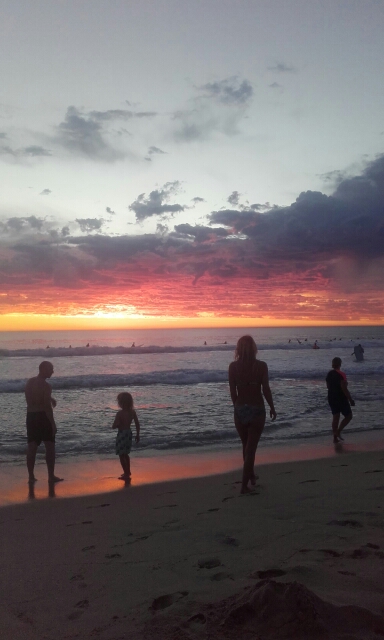 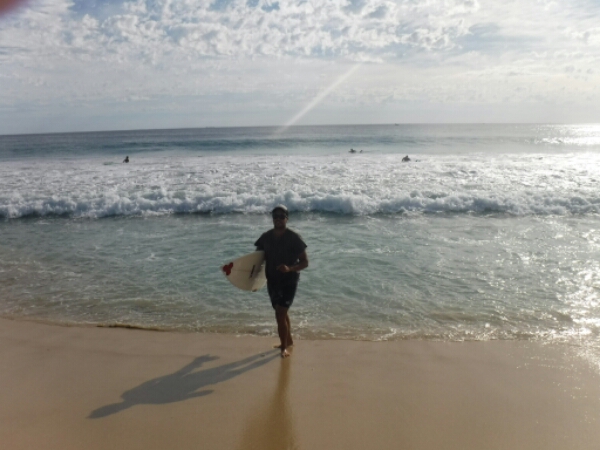 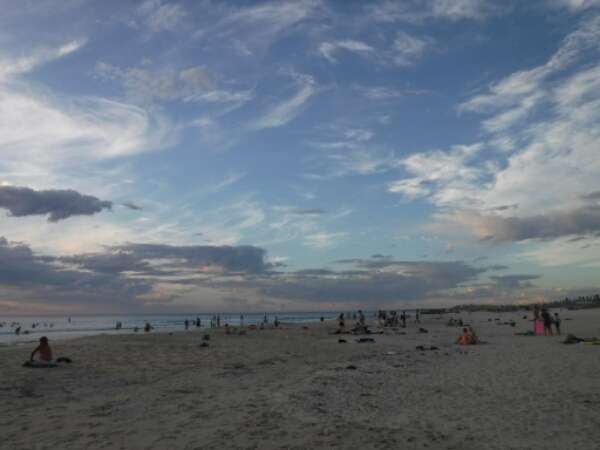