Leaving at 7.30am we have the earlier departure than the white boat group as we are on blue. The group is quite a fun one and I hang out with the same guys from previous night who are doing well at getting the party started cracking open the ciders at 8am.

The sun is out in full force and there isn’t a great amount if breeze as we sail around. We do a slow sail to the Whitehaven Beach going past some of the more well known islands like Whitsunday and Hamilton Island which apparently Pamela Anderson has a house on as it’s pretty secluded and decent looking houses plus has it’s own airport. There is also an island we pass called morning glory as looks like a man lying down with a tent haha.

So mid morning we do the first of our snorkel stops and all have to get the stinger suits on. It’s not the best snorkelling spot as only see a few fish, nothing too colourful which is what everyone was expecting as it’s the start of the barrier reef. Still fun once you get over the jellyfish fear.

After snorkelling we sail more heading to Whitehaven Beach. The tour doesn’t stop at the inlet, which is disappointing but didn’t really realise until after the tour what the Hill Inlet was. However the beach is still amazing and the sea going up to the beach too as so clear and blue. We see a couple of turtles playing about, much smaller ones than in Gili but cute none the less.

Just before we swim to whitehaven it’s time for lunch. Surprisingly nice as I didn’t have high explorations, but fresh salad, pasta and chicken drumstick. It’s nice to also have real salad dressing! Everyone is super hungry and demolishes the food, then heads to the famous beach. It really is gorgeous and sand is so so white and soft with the water so clear. We do the usual photos of star jumps and a few try and build a pyramid after several funny attempts. There is totally nothing else on the beach, so after playing with enough of the whitest sand head back to to the boat ready to set sail for the slow trip back to the resort. It’s so lovely sailing through, enjoying the drinks and sun.

When back at resort it’s quite similar to the previous night apart from there being karaoke that everyone gets into, but a bit later on. Lots of drinking games like boss and ring of fire. The Canadians nearly miss the whole night by falling asleep haha after being the ones totally drinking all day! 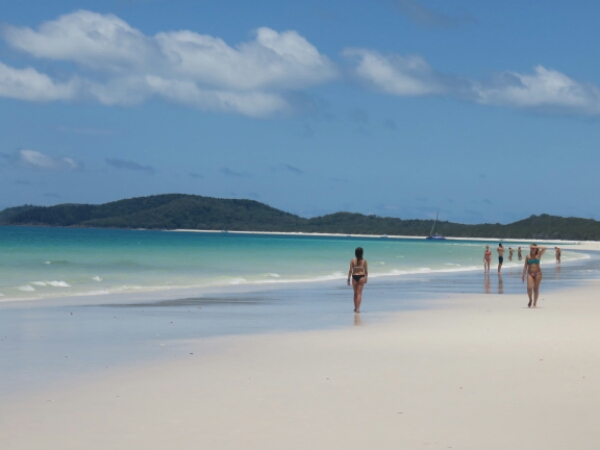 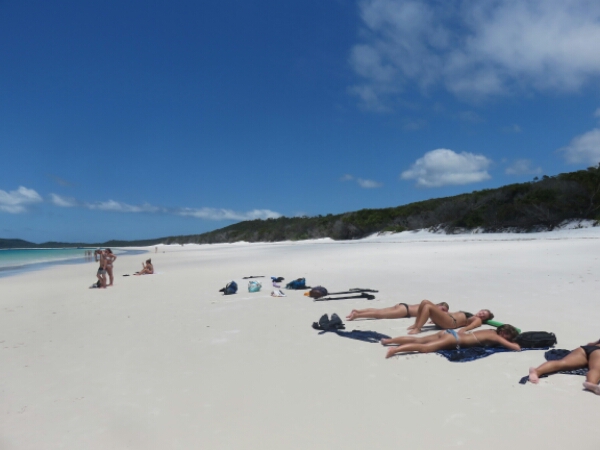 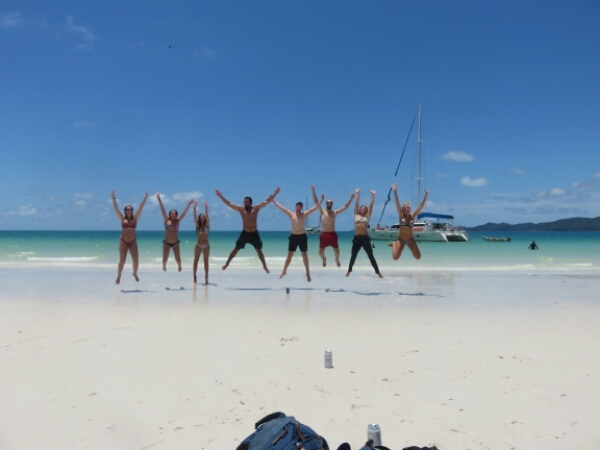 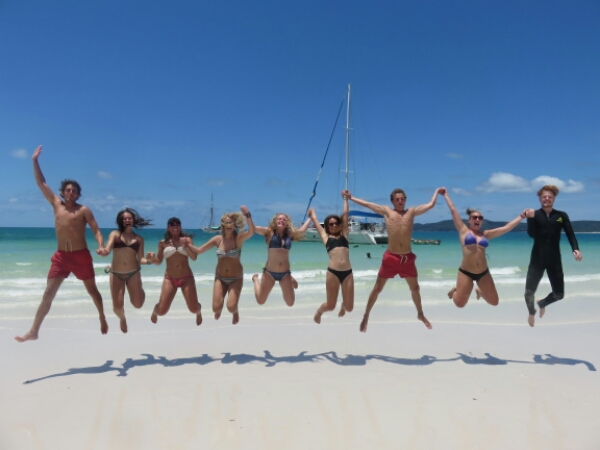 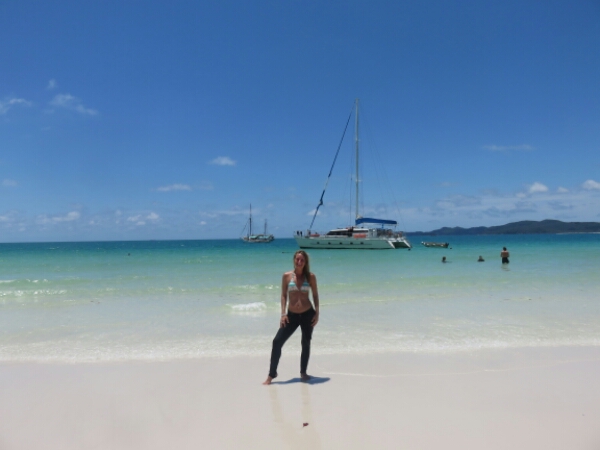 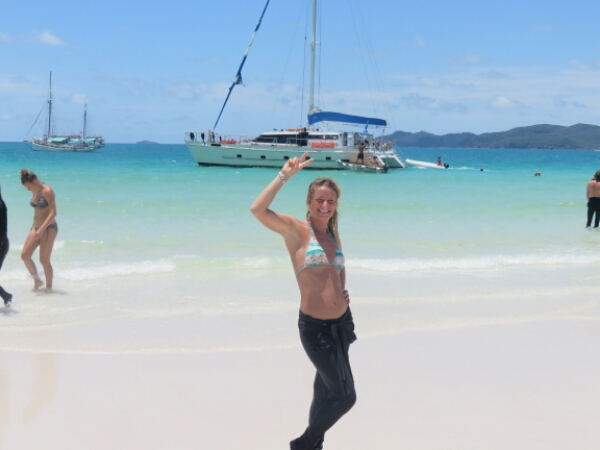 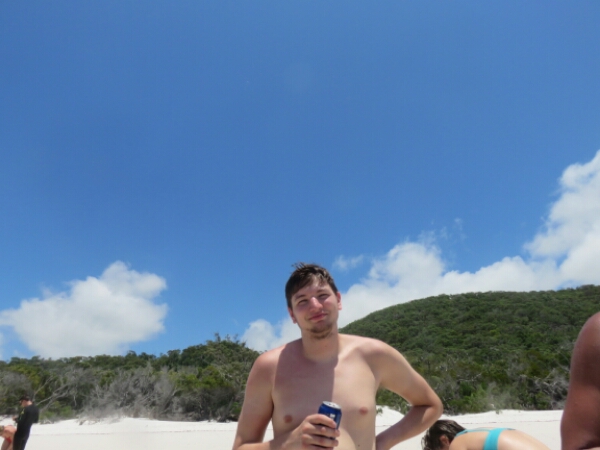 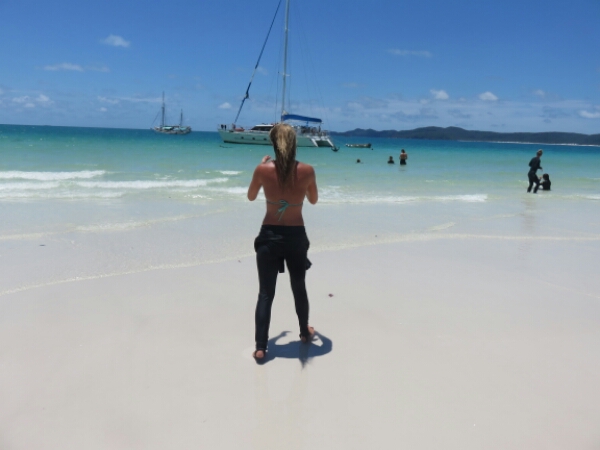 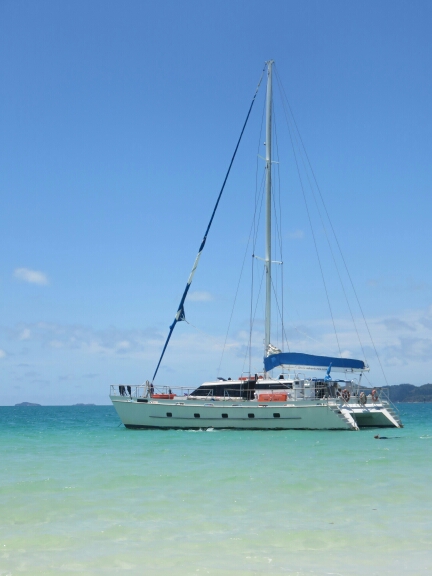 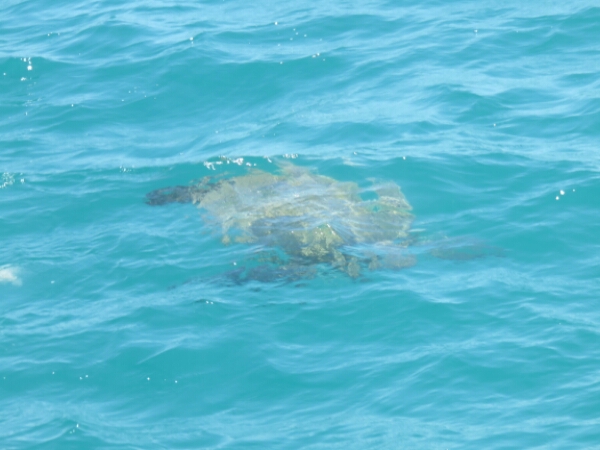 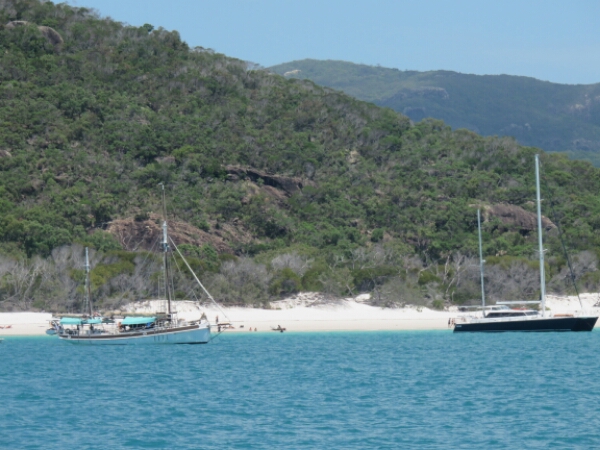 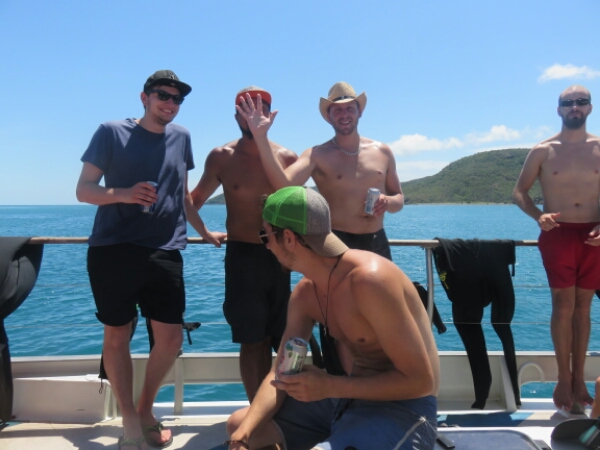 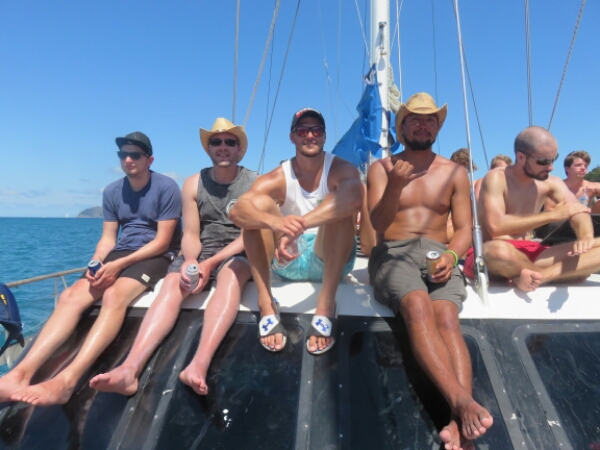 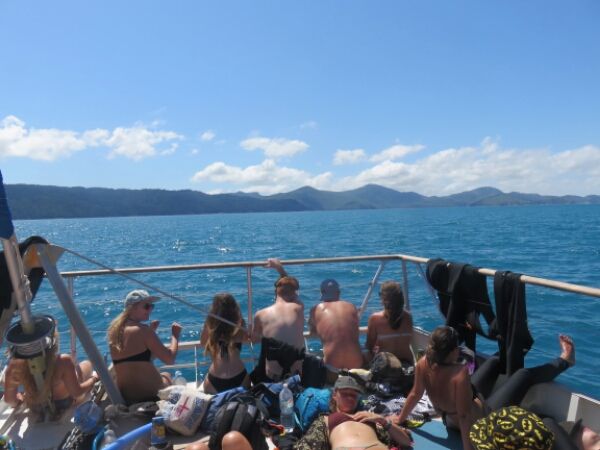 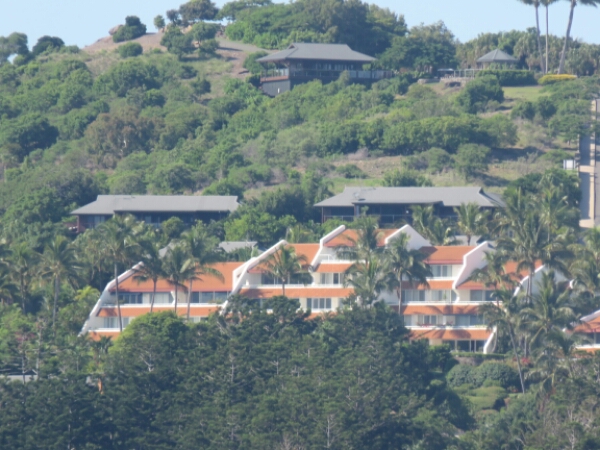 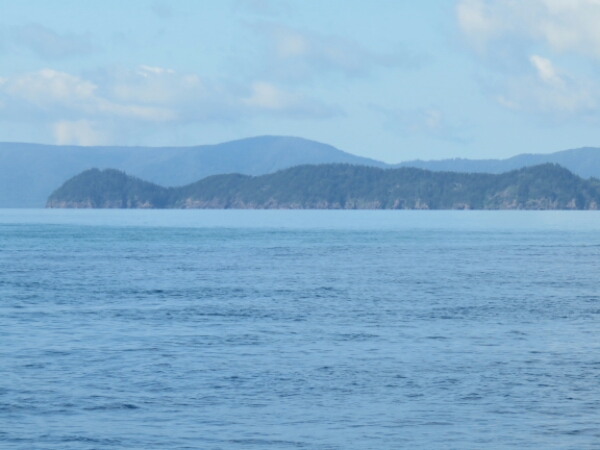