Managing to sleep right through the 10 hours from Agnes, arrive at 7.30am in Airlie to a superhot day already, which I notice when I have to walk to the hostel as it’s about 10mins in blaring sun carrying a quite heavy backpack so bit of a struggle for first arrival. Staying at Magnums a nice place, good size rooms and clean situated in a rainforest with cabins so a chilled vibe too,  but also party as it has live music area and a club attached to it so always busy with people.

So I meet up with my friend Jose from Newcastle and Byron, which is nice and go grab breakfast trying to find somewhere that’s got aircon as so humid here. I also meet up with Glasgow Rorry and the 3 of us hang out around the Airlie Beach Lagoon which is so pretty and tropical looking, but water not refreshing at all and since you can’t swim in the sea here as it’s dangerous with the jellyfish that’s all there is to cool down. We hang out there for few hours playing skim ball and catch, which is fun.

The beach is small and also pretty with the boats moored up, a rock marina and a backdrop of the rainforest. The colours of the ocean are beautiful with different blues.

After the blue Lagune we head to Magnums for few drinks and dinner, playing pool and keeping cool until we decide to head out for the night about 9pm. On the way out I see the Ipswich farmer boys from Fraser’s, so catch up with them briefly before meeting the rest at Downunder Bar and Grill part of Nomads/Base, which does lovely food pepper steak, chips and a wine for $10. It’s a quieter night there as usually they have the whitsunday boat after parties there, but it’s good for a bit and see Sophie and Rebecca from Fraser’s there and also Craig arrives so we have a nice group. Rest of the night we head to the Northern Bar playing pool and Mama Africa as they are offering a chance to win $200 if your number is picked,  which Rebecca ends up winning so uses it for a few free drinks. It’s a fun vibe there and where out of all the clubs end up spending most of my time as end up in there both of my nights after Whitsunday and as they happen to be weekend nights are mixed with the locals, which makes it quite amusing. In particular on the Saturday where end up hanging out with a bucks party dancing around with a guy in a wedding dress and his mates who keep buying jelly shots  and drinks for me too.

Other clubs that I tried were Boom and Phoenix. Phoenix was terrible music and dingy, so much so my shoes kept getting stuck on the floor. Boom better and full of guys from my Whitsunday tour, including the tour guide Ben who seems to be really enjoying his night off dancing about with all the ladies from the tour haha. Entertaining.

The after parties are a good idea  to hang out with your tour more and nice to keep the group together. Ours – The Pride of Airlie one was quite tame in comparison to others as were quite late with the free drinks and a lot of people left. I spend half of the time drinking in Craigs dorm to make the most of the aircon and catch up with him, Nayf and Henry from Noosa as all having a dorm party. In the bar where our party is, they are getting involved in twerking competition and picking up boxes with teeth and no handa so amusing to watch with a girl from Craigs dorm winning both. After the competitions everyone decides to jump on the tables to dance, so all quite good fun.

The last day of airlie is mainly a chilled one around the Laguna and even get a surprise facetime from Claire and Mark in Markinch, which is really nice and they have a special guest there that’s even nicer to see and hear from. Craig comes to meet me for a bit there, then mooch around the travel companies trying to figure out the next things to be doing. We consider trying one of the Conway National Park walks, but it’s just to hot and don’t really have the right footwear. So we just chill out instead and chat to Gareth who was on my Whitsunday tour, as they both are travelling on the same bus to Cairns. As they head off, there suddenly is a load of fireworks that go off to celebrate the chinese new year. They are pretty impressive and go on for ages, so everyone just stops to watch in the street cheering when it ends.

Airlie has been great fun and the sort of place you can stay in for awhile. I was even considering staying a couple of extra days to do the Ocean Rafting and Jet Skiing round the whitsundays, but weather wasn’t forecasted to be great so decided to stick to plans to go to Magnectic Island. 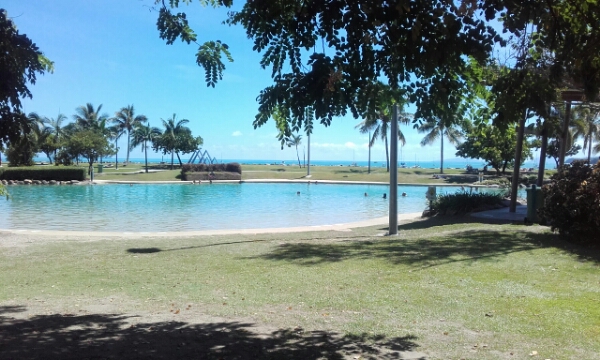 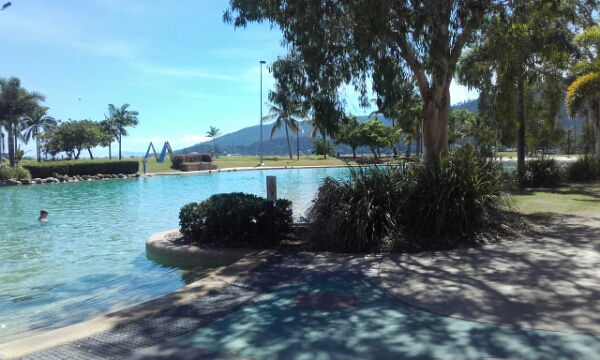 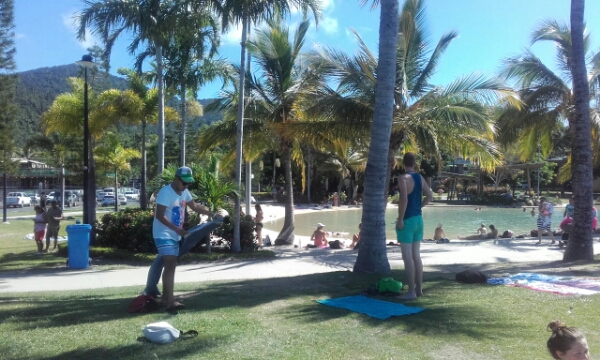 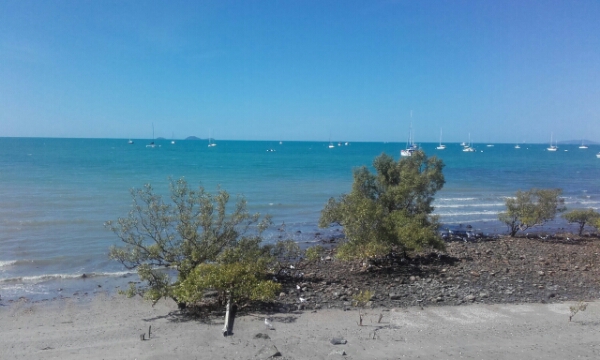 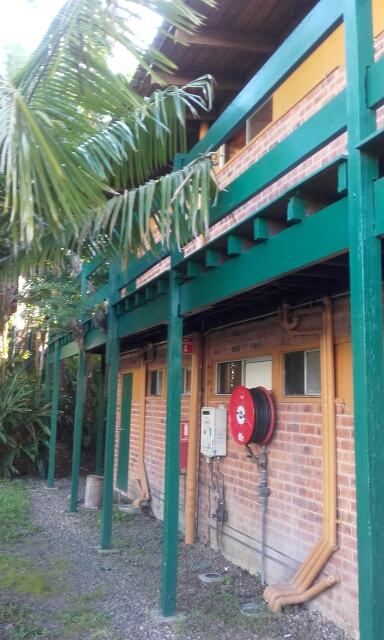 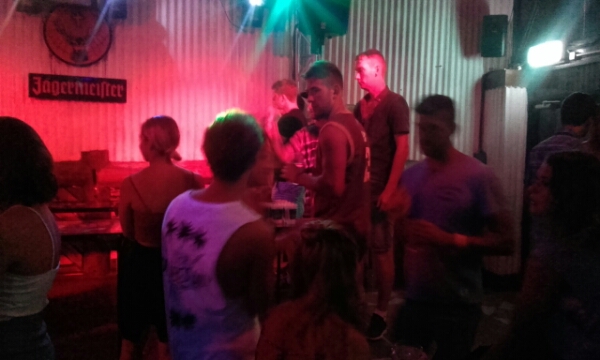