As the driver was so nice who took us to the temples and gave a decent price, we decided to get him to take us to Seminyak via Monkey forest. Initially both a bit unsure about how nice the monkeys would be, it was actually very cool and since we didn’t buy food they generally left us alone. Watching those who had bought bananas, the monkeys do get quite aggressive and start jumping on you to grab them and fighting off the other monkeys. One girl had monkey hand prints all over her orange dress. The younger ones are more likely to hassle you, I guess because they are juveniles which is hard as the baby ones are so very cute and so let them get away with more. Nice to see so many babies about though and are super cute. The bearded ones also cute and wise looking akways on the guard of the young ones playing.  Amusing watching a group play, tugging at tails and swinging each other about.

So definitely all very cheeky, one monkey stole a water from a guy and opened it to drink which was amusing while another jumped on a backpack and started unzipping it and nearly got in it!

The monkeys here seem to love preening and cleaning each other (even their backsides ) as well as showing off their masculine bits and even playing with it. Caught one of the older bearded ones right in the action haha – big balls small winkle lol, which I think made photo of the day for me! 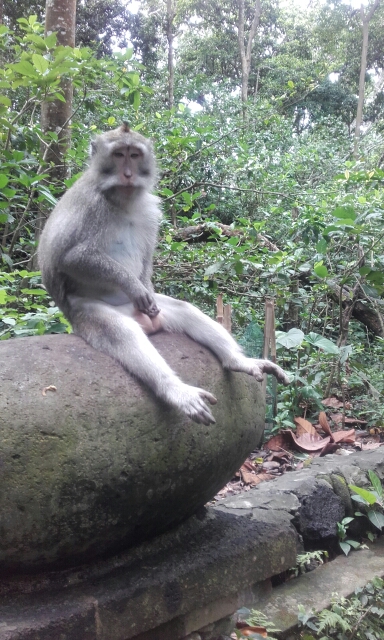 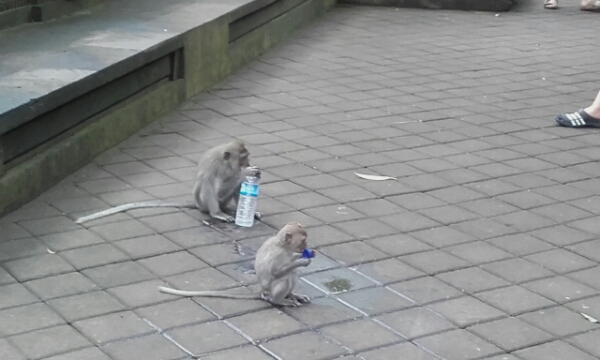 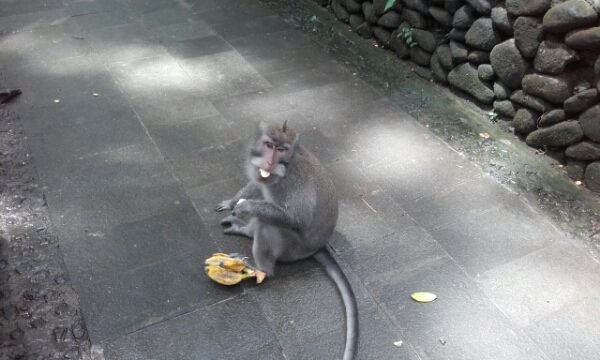 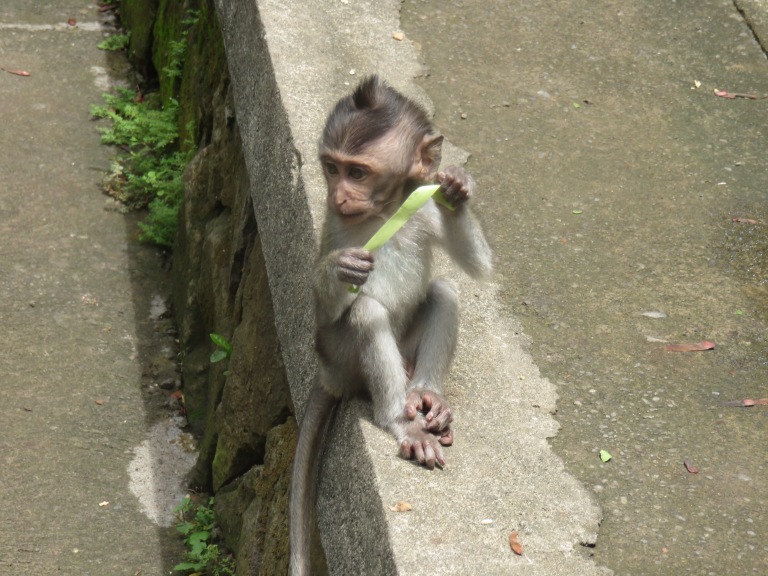 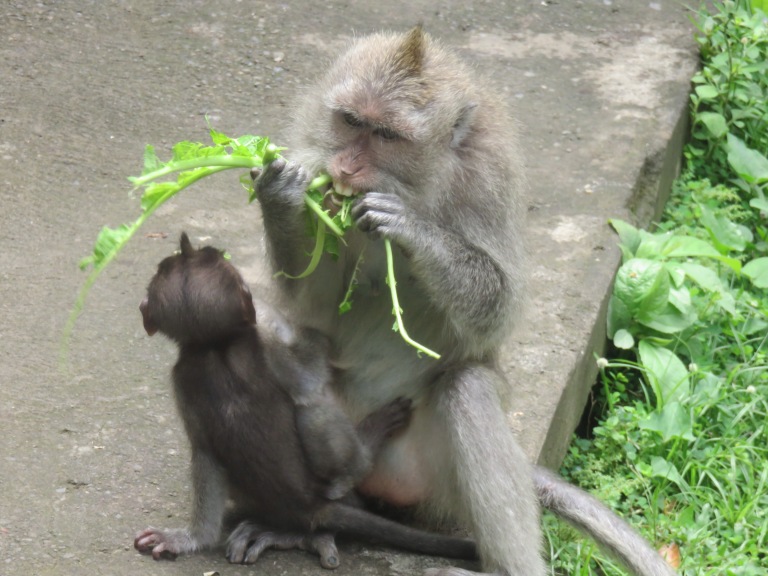