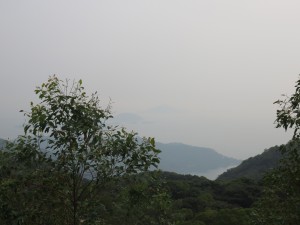 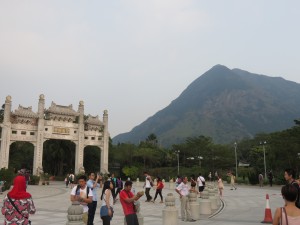 Heading out a little later than planned due to partying til 4ish previous night, make my way to Tung Chung on the MTR to see the Giant Buddah Statue! Annoyingly I didnt realise at the train station was where you got the cable cars from but due to ques the taxi was actually the quickest option despite having to wait 30mins as none were there! The taxi ride was nice passing beaches and a huge prison which wouldn’t have seen.

So once there it seems cool, not too busy so easy to get up the steps whilst also doing plenty of selfies! At the top views are pretty amazing and the buddah looks much bigger. So heading to the temple bit I bump into Rocky so check out the rest with him, seeing all the incense burning and cute little turtles and Dragon lions.

Heading back ques are huge for the glass bottom cable cars to get down and so annoyingly wait nearly 1.5 hours as it’s a busy tourist attraction, so by then its dark so harder to see views. But a good thing probably since being scared of heights, so its totally pitch black down the mountains by time I get on which is cool in itself and can see Tung Chun lit at night. Racing Rocky to the bottom using the bus, ironically we arrive exactly same time!
21st October 2015