So up early to make the most of the day, I head over to MGM which is really easy as just opposite New York New York across the walk way. Getting back in touch with a good contact from my previous vegas trip a promoter called Pete Ariola, he has put me on the guest list for the Wet Republic with Oliver Helden playing so should be a good day. Still a little unsure whether to go on my own or not, I decide to at least use the MGM pools as they are nice and you can get into them if you are going to wet republic, as usually have to just be a guest staying there.

So I spend next hour or so enjoying the pool with some not so cheap frozen cocktails at $24 (17GBP), but they are at least refillable, large 32o and cheaper than buying them inside the pool party. So a bit unsure whether to go in or in or not alone, as I know it will be very busy in there already with large groups, I go for it and luckily in the que I get chatting to three lads from Bromley as they notice my London accent who are there for a stag and all impressed I’m going to a pool party alone. I end up hanging out with them for the day – Ben, Ben and Chris – as end up needing to help them out for the lockers, as you need a credit card and they don’t have one. Definitely useful to have as you are in the pool all day and not ideal just leaving your bag around when you have phone and money in it, but it is expensive (as everything in pool parties!) at $50 so handy when you have a group of you to split the cost. So they just give me the cash and I sort it out for them and able to then share it with them too.

It is quite funny though, as obviously they don’t know me and so throughout the day the jokes are about me being the traveller and doing a runner with their stuff, especially when at the start I take a long time getting a drink so worried them. A fun group to hang out with. It is really busy there and the pool is packed out with everyone splashing about like they have never been to a party before, which is amusing.

Oliver Helden is really good so would see him again and definitely gets the pool going for the whole day.  I end up staying to the end and Ben (not the stag) manages to get us into a cabana somehow as they usually cost $2000 up, plus bottled drinks, so they the vodka and champagne they have left as need to get rid of it so that is quite handy. So spend the last hour with them dancing around their cabana and the pool looks really nice since the sun is starting to go down so everything looks very silhouetted. By the time we leave it about 6pm and I need to head back to get ready for Hakkasans, party number two for the day. 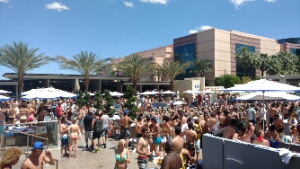 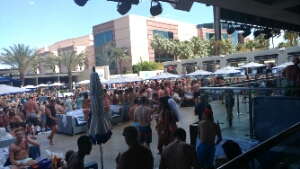 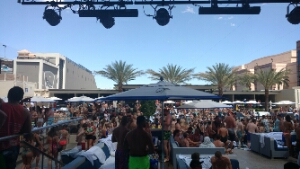 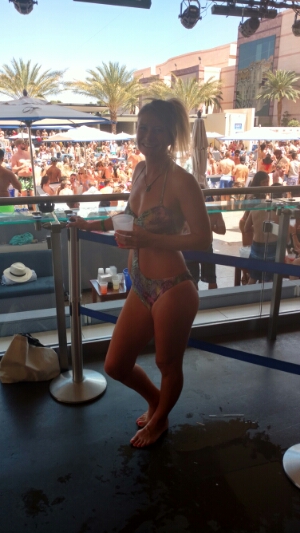 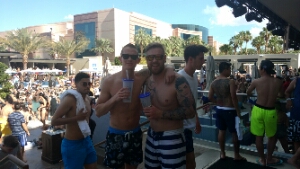 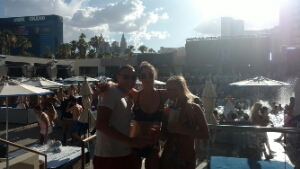 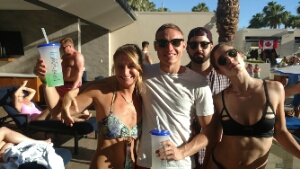 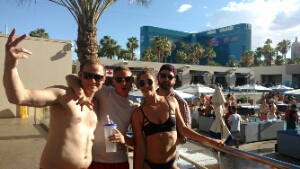 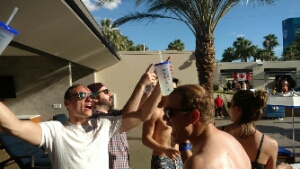 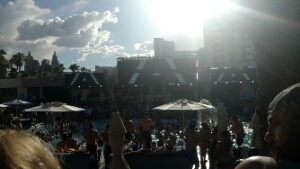