So arriving eventually after nearly 18 hours of travelling in Santa Monica the bus there is only $1.25 for an hours journey so a bargain. Dropping me off near the hostel, which is very central in Santa Monica on 2nd street/santa monica boulevard it doesn’t take me long to get settled in here and as im here for a few days (compared to 1 nights only in NZ and Fiji) I can take my time with things The hostel  – SANTA MONICA HI – is nice with big bathroom in the room, big lockers and cool outside seating area where can grab the sun in the morning over the free coffee  and tea they offer all day. However hostels in America are so expensive compared to everywhere else have been at $50-65 for room it is twice as much and i thought Australia at the time was pricey. I think starting in the states and ending in Asia would have been better to know your going to cheaper places next rather than gradually more and more expensive. On the flip side though the food is cheaper and they offer more free activities and breakfast than in Oz and NZ.

Really nice first impressions of Santa Monica, as it is a chilled out place and great location with being near the beach, having a pier and lots of bars and restaurants. It has a good shopping street called 3rd promenade with quite a few expensive and designer shops. It reminds me a bit of Covent Garden as has street performers all the way down and is bustling with tourists. The surrounding streets have the more day to day shops and manage to pick up plug adapter and a sim card from t-mobile at a very expensive price of £75 inc tax so definitely the most expensive of all the places.

The first night at the hostel is really spent just walking around the beach area and the pier, as am too jet lagged to do much else. They do put on a comedy show, but it isn’t very good and I’m not even really into them normally. There are some kids from San Diego who make it harder for the comedy guys to do their acts as too young for their material. The pier is OK to see and has a few rides on it aimed mainly at kids and not my ideal place to spend an evening, but good to see none the less and the big wheel on the pier is quite iconic of Santa Monica. There are quite a few English bars on Santa Monica boulevard and I end up having one drink as get chatting to a guy from Leeds, who tells me some of the key things to do while here.

The second night the hostel does a bar crawl and itb is a good way to see some of the places although there are a lot to go too, some quite pricey but recommended like Bungalow  so more of  place to go when on holiday rather than backpacking. So the hostel goes to a few cool places –  BRITTANIA a small English bar that has a bit of character and does small live shows such as burleque and beatles show while I’m there, LULA COCINA MEXICANA where you get the biggest drinks ever and one of the girls on the crawl got a cocktail that was more like a fish bowl, HARVELLES BLUES CLUB which was the best of the night as a very cool bar that puts on burlesque shows. We didn’t get see the full show, but the two girls for the rest of the night were amazing dancers being very sultry and sassy dancing on the bar, a stage in the cieling and up against the walls. The group we went with were nice a – cool West London girl Shanya who was in my dorm, a fun Aussie girl and a dude called Chris Rice who lived in LA and there just for the memorial weekend.

Santa Monica has a really relaxed vibe and it is nice to be able to spend the mornings chilling and then afternoons walking about the beach area, which you can walk all along to Venice beach. The beach area in Santa Monica near the pier has a cool gym area – the original muscle beach of LA and you can see loads of people there practicing circus acts, trapeze through rings, tightrope walking, hula hooping and the standard muscle guys doing weights and sit ups. It creates a great atmosphere  – maybe because it is the weekend and memorial weekend it is very busy. The bike path – called the Strand goes right up to Manhattan beach and is 22miles long in total – always a popular choice for people trying to see the beach areas as you can hire a bike for half day for $25 (17GBP).

I check out Main Street and it is busy with memorial weekend parties – the big one being Mainopoly as see as see a few people walking about in monopoly fancy dress. The shops are nice on this street and some quite cure boutique shops with lovely playsuits (or rompers as they are called here), but all expensive as Santa Monica is an expensive area. You can even tell from the big houses and type of restaurants there are. A good place to live and stay especially for some as the weather is always cooler at the coast than in the city. The beaches are also very clean and well looked after. A nice 4 days there to get my first feel of LA beach life! 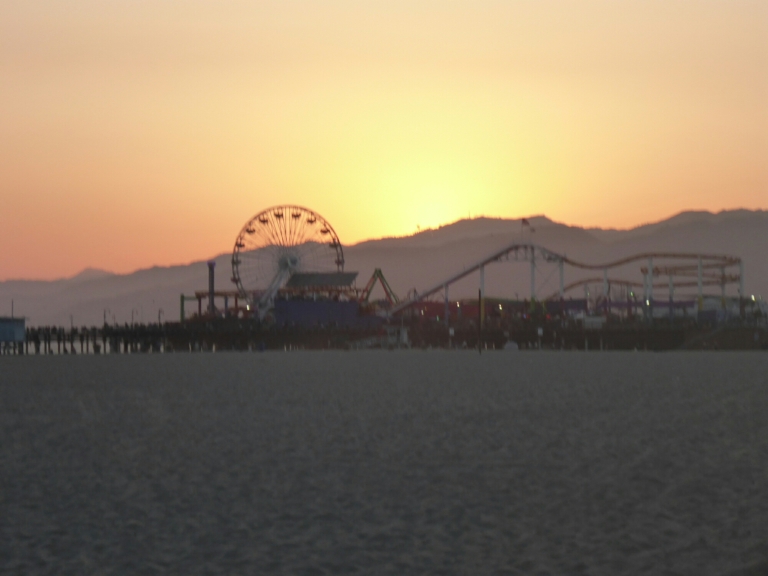 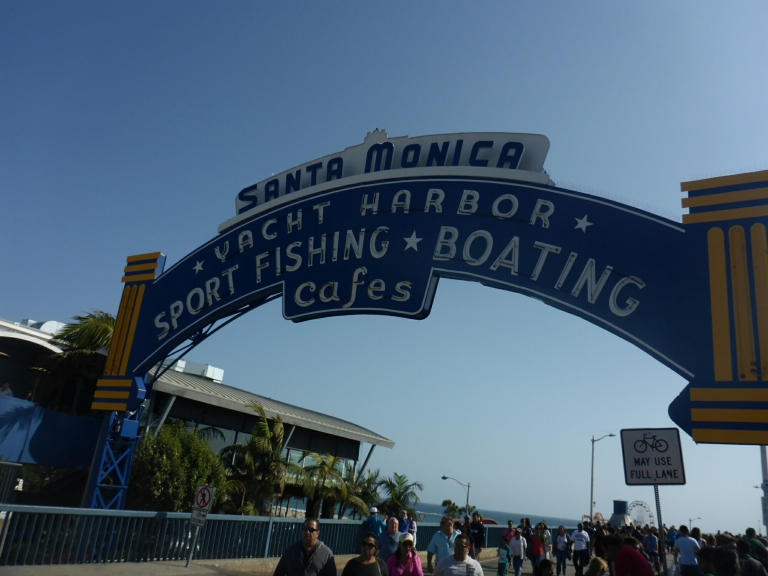 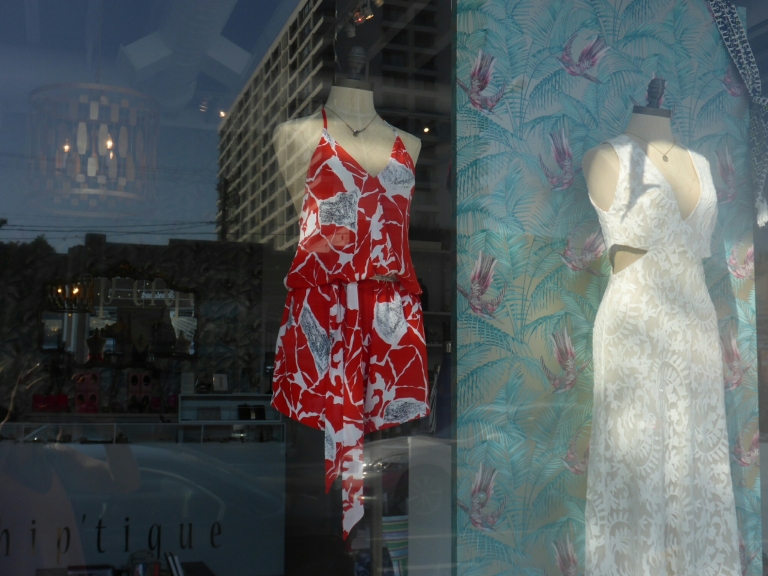 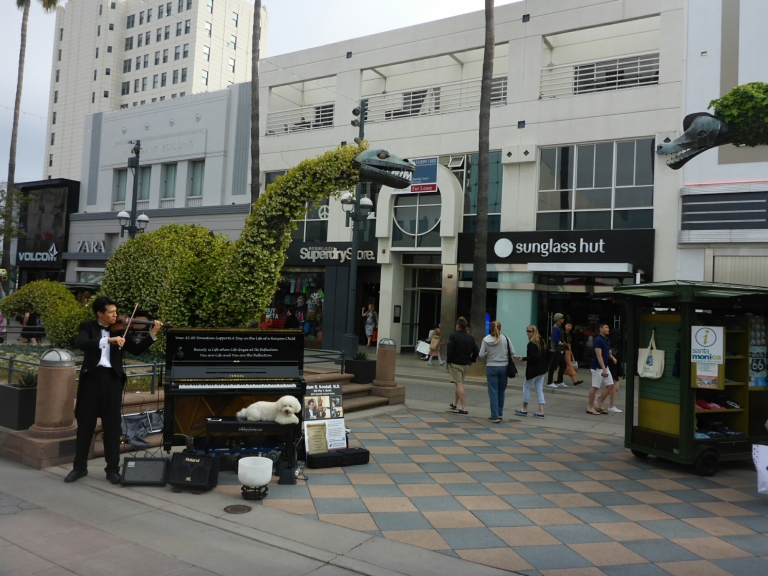 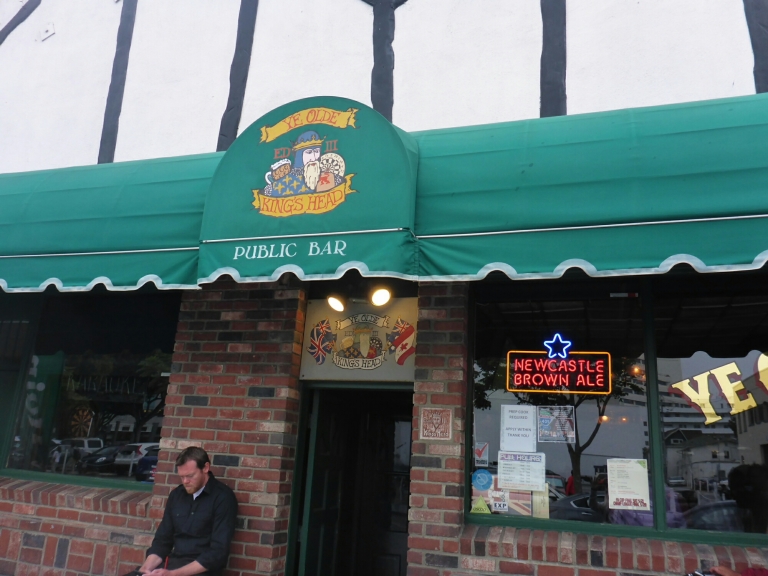 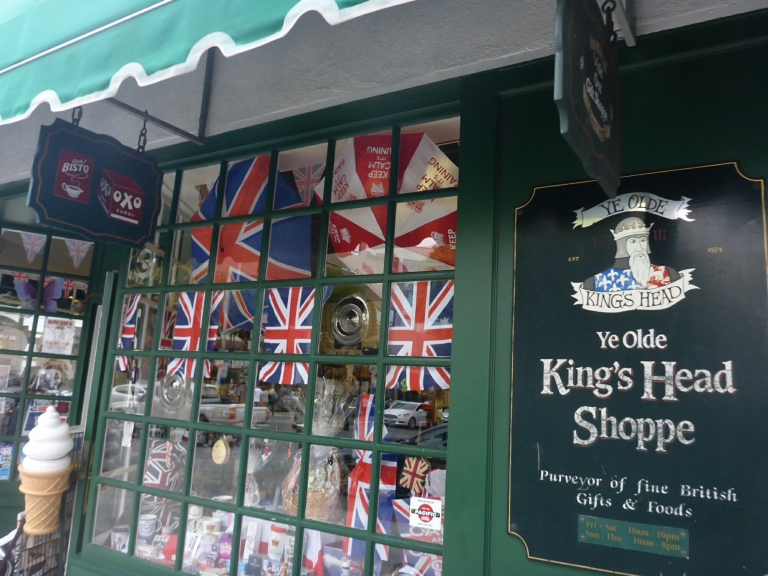 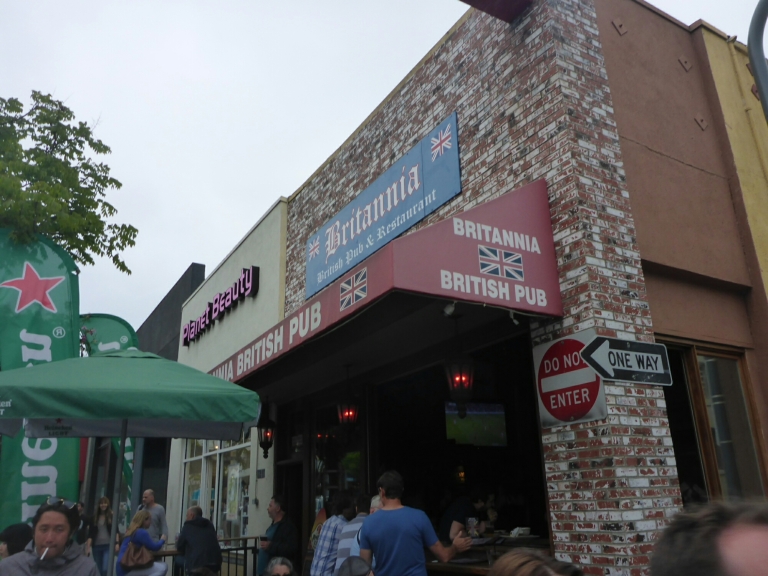 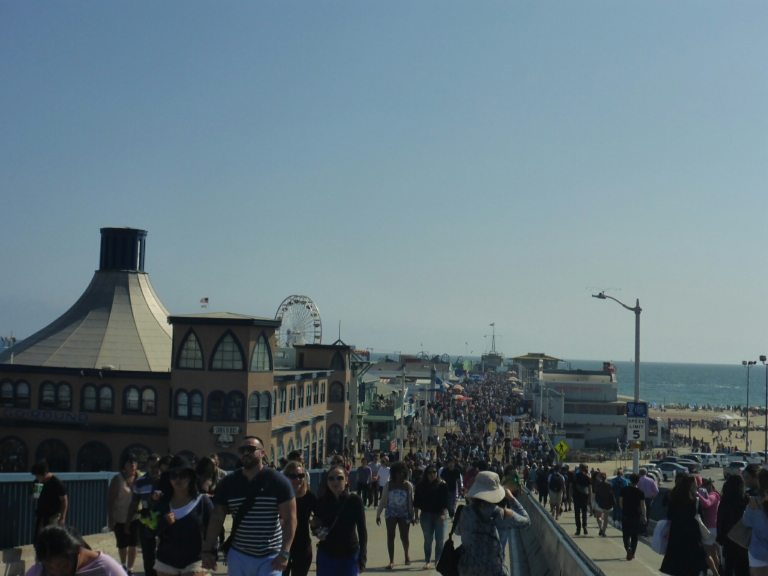 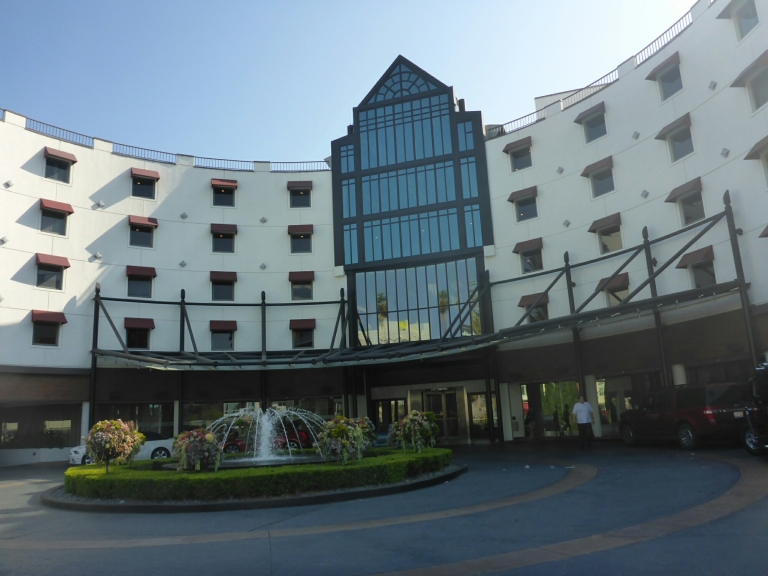 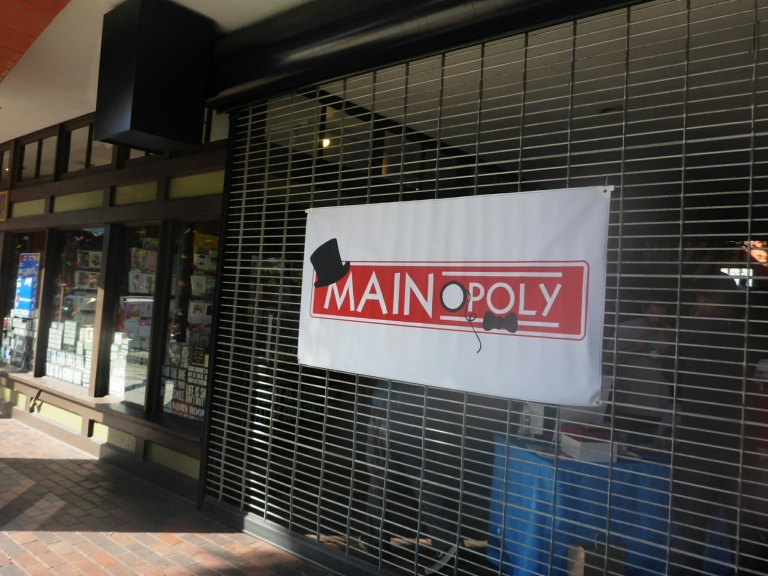 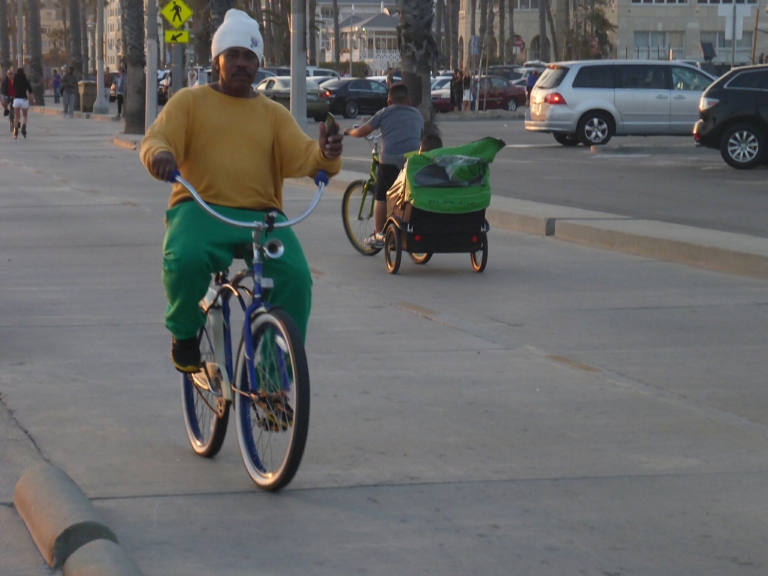 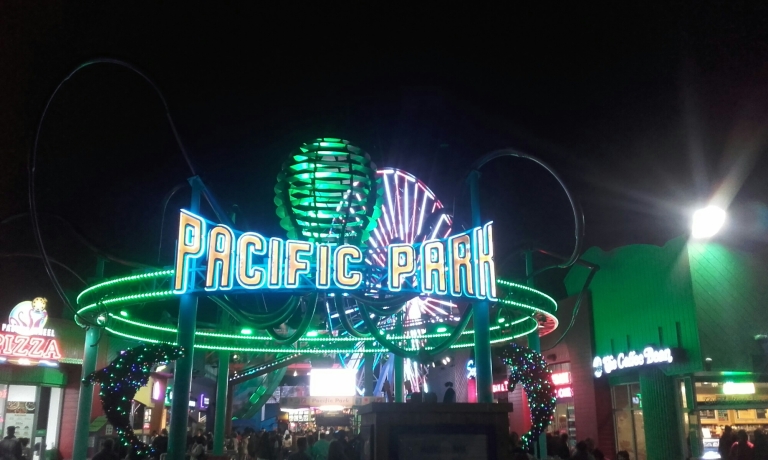 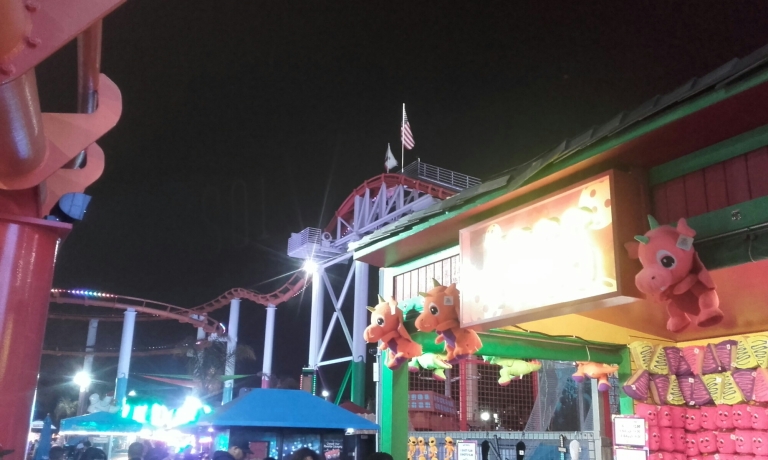 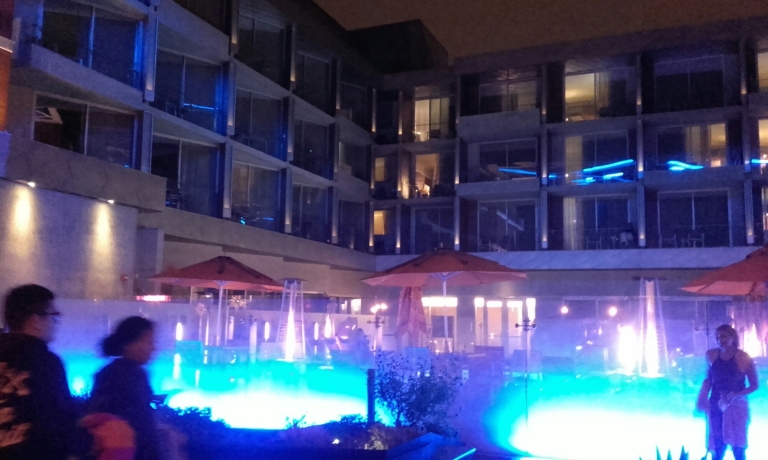