To make the most of Easter, Alice’s friend Krystal invites us over to her place for drinks and nibbles. Living in Cloverly her place is really nice, she has a cute little pug and even has a view of the graveyard, which is my favourite part of the bondi-coogee walk. Her boyfriend Matt is there and it’s funny to find out he used to live in Repton Park where I always went swimming and gym. Small world and nice to chat about my local area, as it has been awhile.

So after a few nice hours of wine, cheese and Ali special onion chip dip we head to the Pav. Originally planning to go the Cloverly Hotel we change the plan as Agnes Water Craig is coming out to.join for drinks and Coogee much easier to get to by bus than Cloverly despite wanting to try somewhere different. The girls say it’s pretty much similar place, both with live music although the Pav is DJ. So we arrive around 8ish and Craig turns up with an Irish lad called Sean who seems like a good crack. Great to catch up again as this is definitely the final place.

It’s also amusing while we are at the bar I bump into my mate Steve, who I met in Cairns and was planning on catching up before I left anyway, but funny to see him at the Pav.

So another of Krystals friends is at there who joins our group called Phil, who seems cool and nice. We are hang out outside near the conservatory making most of the warmer weather until Krystal heads back and we decide to try the Coogee Beach Hotel for the live music. However we are only to return shortly due to Easter licensing laws everything has to shut at 12, which is frustrating as it’s a long way for just few hours for Craig, but still have a good catch up and nice night. And having the early finish does mean no crazy hangovers and fresh for the next day. 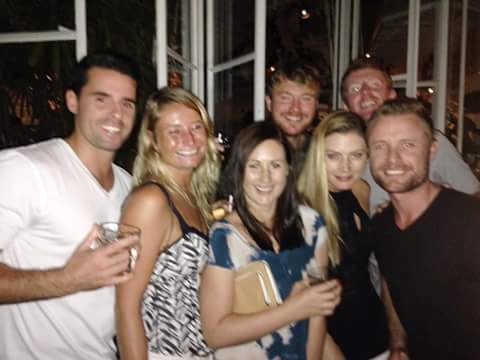